One of my favourite parts of Thor, is the part which was turned into a meme, Thor has been captured on Xandar by the Grandmaster, played by Jeff Goldbum, is where Loki meets Thor, Jeff Goldbum asks Loki who Thor is and Loki says, “I have never met this man in my life” 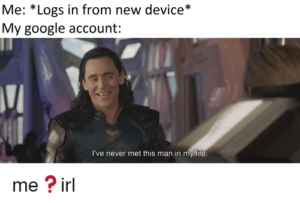 To sum up the plot, Thor has been gone for ages, Loki is now king, weird sister Hella (who is the goddess of death) appears and says she is the heir to the throne, she turns out to be about as bad a leader as Boris Johnson and threatens the entire population, her with an axe, but Boris Johnson, with food and medical shortages.

You can barely tell around 80% of the movie was improv because it was so good. You can also see, when Hella and Skurge are in the basement underneath the castle in Asgard, you can see the Tesseract and the Infinity Gauntlet, both items used in Avengers: Infinity War and Avengers: Endgame. When Thor becomes a gladiator, he has his signature long hair cut short. In ancient Roman history, slaves who were sent to gladiator school and trained as gladiators had their hair cut short.