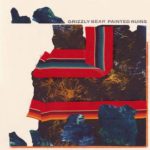 Hang on, didn’t you say last week that it would be “Shields”?

Oh there’s always a funny story with you, you imbecile.

Now now, just because you have no real identity and exist solely in my imagination, doesn’t mean you can be rude.

What do you mean, no real identity. Think about it.

Hang on a second. Exists in my imagination… obnoxious and abrasive…

Holy balls. You mean it’s been Ewan the Shark asking me these questions all this time?

Wow! Ewan, what have you been up to lately?

Oh, you know, the usual. Bit of this, bit of that.

Cool. So, about this album review.

Yeah, tell me your funny story.

Well, after all that build up, it might be a bit of an anticlimax. Turns out, I put the wrong album on my wishlist.

So you’ve got two copies of Shields now?

Well, no, I didn’t actually have the CD. So I’ve now just got one physical copy of an album which I formerly had in MP3 format.

Ah, that’s not so bad then. So who unnecessarily spent money on you this time? Was it Karen’s dad again?

Nah, my mum this time.

Does she read this blog?

I don’t think so. Anyway, Shields is a great album, but given that the whole thrust of this project is to review albums based on first impressions, I’ve got Painted Ruins now and am going to review that.

So as I’m listening to this album for the first time, I have this sinking feeling. I listen to the first few songs and am filled with a feeling of dread. It seems that Grizzly Bear are suffering from what I call “All The Good Chord Sequences Are Already Taken” syndrome. I am unable to pick out any kind of melodic patterns. In an effort to do something novel, they’ve written songs that are criminally uncatchy, random sequences of chords and notes that have no soul in them whatsoever.

Turns out, I should have had more faith. Because upon second listen, something starts to emerge. That little shred of familiarity from hearing the songs once is enough to provide just enough context that things don’t seem so gloomy after all.

You can probably guess where this is going. After three weeks, which probably corresponds to at least 10 listens through of the album, it’s climbed in my estimation greatly. Not so much that I’d proclaim it to be one of the greatest albums in the world or anything like that, but enough that I can get to the end and quite happily set it going from the start again. This album is, in short, a grower.

I don’t feel like I’ve really experienced this album on that level. It’s not a song-by-song sort of album, so when I look at the track listing, it’s a very unfamiliar collection of song titles that look back at me. I can’t tell you which one’s which, I can’t hum them. Not that sort of album, at least not to me. But, flicking through the album, I can heartily endorse Mourning Sound and Losing All Sense as my personal favourite tracks.

Kintsugi by Death Cab For Cutie.