A very special instalment here – for my birthday, Karen and Bernard bought me a 24 pack of alcohol free beers from the Nirvana brewery. Nirvana, like Big Drop, are a UK craft brewery dedicated completely to alcohol-free beer. 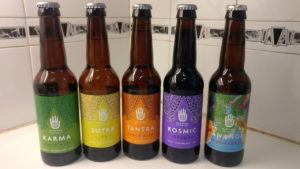 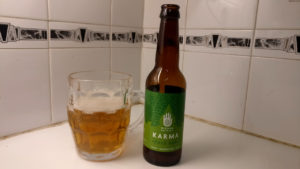 This was the first one I opened. It erupted out of the bottle like a geyser, causing a small puddle on the table. Once I wrangled it into the glass, it was magnificent to drink. This one’s up there with the Infinite Session pale – it’s very smooth with a nice well-balanced range of flavours throughout. I think that what will end up letting this down is simply the cost of it – it’s £2 per bottle plus postage on top of that, whereas picking up something like Infinite Session in the supermarket works out at more like £1.30 for a similarly sized can. Still, there’s no reason why I couldn’t buy a box of these, keep them in the garage, and dip into it occasionally when I fancy a bit of a change. 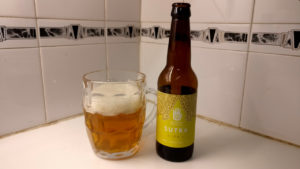 Compared to the Karma, this doesn’t quite please me as much. The flavour is a little sharper, and not in a good way. My main objection to this was a mild smell of cabbage. Only very mild though – it’s nowhere near as offputting as the stale cigarette smoke smell of Big Drop stout, or the damp dog of Thornbridge Big Easy. But it’s there, and it’s enough to slice a sliver off of the overall score. 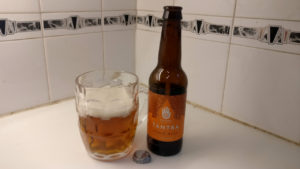 This beer is aiming for a more “Old Speckled Hen” type traditional pale ale. As is so often the case with alcohol-free beers, if you try to go malty then you end up with that sweet worty flavour instead. Fortunately, this one doesn’t do too bad a job. While it would be startling and a bit unpleasant to someone not used to alcohol-free beers, it’s not too overpowering once you get used to it. 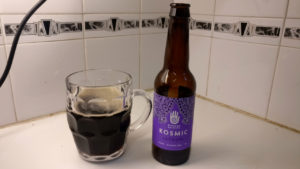 This is definitely the best alcohol-free stout that I’ve had so far. It’s not perfect – I prefer my stouts to have a creamy mouthfeel, whereas this one is a bit on the fizzy side – but it’s eminently drinkable. It’s a little bit sweet and malty, but not to the point of being sickly like some of the other main offenders. It’s possible that, now that I’m getting used to the alcohol free beers, my tolerance for that worty flavour is rising slightly. 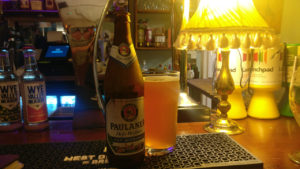 Time for a little intermission! Yes, we interrupt our sampling of the Nirvana box, before I’ve had a chance to try all five, because I found myself out at the Castle Tap in Reading. In fact, this night was a bit of a bender – I had two Nanny States at Valpy St Bistro before we moved on to the Castle Tap, where I had a Big Drop Pale Ale (which I’ve reviewed before, and is still just as lovely) and one of these, a Paulaner wheat beer.

This reminded me very much of the Patronus from Lidl, with that very dense fruity flavour. However, I must admit that I struggled to finish my pint. I can’t be sure whether this was because it was even denser and sicklier than the Patronus, or if it’s actually exactly the same beer but with a different label, and I was just feeling a bit full up from it being my fourth drink of the night. 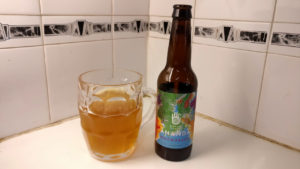 Here’s something very different, very different indeed. This is created by blending their Tantra pale ale with green tea kombucha. I’d never had kombucha before, so I had no idea what to expect. The overall result here is very sour – not toe-curlingly so, but the basic effect is that of something not dissimilar to pineapple juice. It’s interesting if you fancy something sweet, sour and fruity, but given that it doesn’t taste like beer and doesn’t have any alcohol in it, to all intents and purposes, it’s not beer. Obviously it contains some of their Tantra pale ale, so yes technically it is beer, but given that it neither walks like a duck nor quacks like a duck…