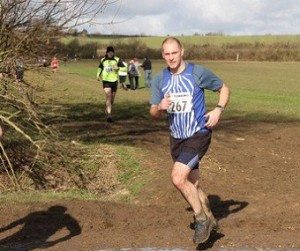 No. A couple of years ago we moved to a new village in a different county although it’s only 3 miles away from where we used to live. 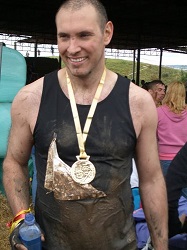 If you’d met me before, yes. I haven’t changed much at all. As evidence, here’s me back in 2004 after doing a stint of guest blogging on this very site. Contrast and compare to the above pic taken last year (and yes, the only pictures I tend to have of me are when I’m running.)

I still have several blogs I regularly neglect. My current main one is www.traildragon.co.uk which is focussed on running and fitness and I want to do more with. I originally planned to blog about my races and events but it would help if I actually did more than one or two races a year. Blogging about my training isn’t actually that interesting and feels self-indulgent (so gets relegated to Twitter) and while I do want to do more blogging related to this area to help my embryonic Personal Training/Run Coaching business, I am still trying to figure out how to stand out from the crowd and not turn it into ongoing rants about “#Fitspo” and “BroScience”. My old site at  www.dragonsmind.co.uk was recently reincarnated as yet another attempt to have a technical blog related to my day job. I’ve managed two posts to date. I’ve had various other attempts at subject specific blogs but my heart wasn’t really in it.

Other than that, I am mostly on Twitter apart from when I’m not, I have found Facebook really useful for running-related communities and can be found on a lot of the popular Fitness tracking sites (RunKeeper, Strava, Endemondo, GarminConnect, etc.)

The main goal I have in life at the moment is definitely a longer term goal than that and, all being well, will feature significantly in 2015. Before my next birthday though? I’m going to have to make something up. Um… oh, I know: I want to get my online/distance run coaching/mentoring business thing up and running, as it were.

This question brings out the misanthrope in me and gives me the RAGE. My head tells me to leave it alone and move on but as I’ve never listened to it before, here are a few thoughts:

What do you think about barefoot shoes for running?

Barefoot (and minimalist?) shoes are just another tool and another option. My opinion and belief is that they are not a panacea for all running injuries (largely supported by some scientific research into running injuries which suggests choice of running shoes is not a big factor in injury occurrence). I do believe that people who transition sensibly over to running barefoot also learn to run properly and that may well account for why they have less injury niggles rather than their new shoe choice. Personally, they’re not for me although I do occasionally do barefoot sessions on grass to work on foot/ankle strength and my fell shoes and track shoes are both pretty minimalist – through design rather than deliberate choice.

[From Lisa] Can you come and give me a kick up the bum and make me do this sodding 5k?

I could but could you afford my callout charges? The best suggestion I can make is to enter a local 5k which gives you a deadline. Better yet, enter it with a friend so you’ll have less excuse to bail on the day. Get your nearest and dearest to support you, make what childcare arrangements you need to but get that date in the diary and commit to it. They are normally a few 5ks all around the Christmas period so why not find one to do then?  Don’t worry about whether you get the C25K done by then or even how much training you do – the important thing is to turn up on the day and do the race, even if you walk-run it. Otherwise, you’re at risk of using the “must complete the C25k first” as an excuse not to enter the race.

Sometimes we spot you chatting about writing on twitter. Are you writing something? Can you tell us anything about it?

That’s a hangover from the last few years when I was attempting to write screenplays, doing a bit of script editing and feedback and wanting to make films. A couple of years ago I did a massive re-evaluation of my dreams, goals and aspirations and realised that I’d stopped enjoying films and it wasn’t something I wanted to follow through with. So I gave up on it, picked up an old dream of getting qualified as a Personal Trainer, started enjoying films again and became overall more happy. That’s not to say I won’t revisit screenwriting in the future nor do some other writing of sorts (some ideas are already simmering away) but it’s no longer a soul-sapping priority in my life.

What’s the last film you watched? What did you like about it?

The last film I watched was 2012. It had no redeeming features.

However, the film I watched before that, as my annual Halloween horror film, was Tobe Hooper’s original 1974 Texas Chainsaw Massacre which, surprisingly, I had never seen before. What I liked about it was how amazingly unconventional it was, especially given the surrounding controversy and the films massive influence on the subsequent slasher genre. It has a beautiful but deeply unsettling aesthetic and I had absolutely no idea that it was so lacking in gore or blood given its reputation. It’s a tremendous movie.

Our next interview will be with Georgina (Pewari Naan), who can be found on twitter @pewari and various other places on the internet. Have you got any questions for her?

5 thoughts on “Where Are They Now? An interview with TrailDragon”