I felt bad for not updating you all on my whereabouts in February and March, but then I remembered that you all know where to find me on Twitter so it wasn’t much of a problem really. In case you want a recap though, here’s what happened.

February started with my last ever burlesque performance. Believe me, it’s best for everyone that Miss Lolly Pops is no more. She was nothing but trouble. After that came a long weekend in Bruges which was notable for, as you might imagine, the beer and food. I was also rather excited to travel on a double-decker train for the first time though. Towards the end of the month, I visited the Marks and Spencer Archive in Leeds to see a temporary exhibition they had on the history of the bra. They’re letting me loose in the archive itself next month, so I’ll have to remember to update you on that.

March kicked off with the amazing feminist fringe festival called Wowzers, where I hosted a panel discussion on the Sunday. Then I spent a chunk of time finishing a 4,000 word essay on lingerie (are you sensing a theme to my academic endeavours?), and spectacularly failed to learn Latin dancing. In fact, I spectacularly failed to learn the language of the same name when I was in secondary school, so perhaps that could have been predicted?

So, where am I now? Well, after starting the month well with a return to Irreverent Dance for the long awaited Improvers Pointe classes, the thing that prompted me to write this post was an evening spent in the company of Jean Paul Gaultier. When I discovered that the designer was going to be “in conversation” at The Barbican, I quickly snapped up a ticket before realising just how much he has influenced my life. As well as being a fan of his fashion collections, I was a massive Madonna fan at the time he designed outfits she wore for her Blonde Ambition tour. I also adore the film The Fifth Element, which he designed all the costumes for, and… well, who didn’t watch Eurotrash in the 90s? I was delighted when one of the audience questions at the end of the talk was about that show. Apparently it was great fun to make and, yes, Pepe and Popo are very well. 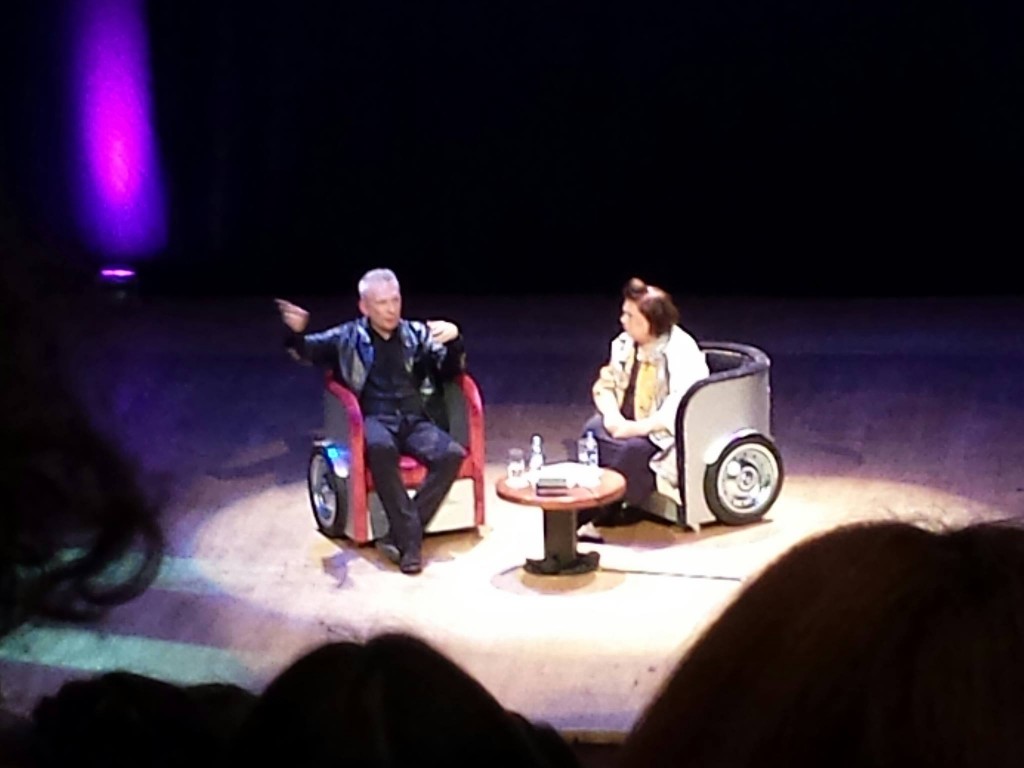 2 thoughts on “Where Are You Now? Lori, April”