Various Artists – The Fault In Our Stars (Soundtrack) 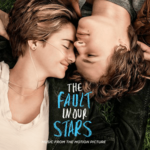 I put this on my wishlist after watching The Fault In Our Stars film and being fairly impressed by the soundtrack and how well chosen the songs were. Instead of just being a bunch of backing noise, the music added a noticeable character to the film.

And why did you watch the film?

I saw a trailer for it on TV and thought that the cast looked pretty good. We’d just watched Big Little Lies so the Laura Dern / Shailene Woodley combo looked like a winner.

Now hang onto your hats because this will come as a huge surprise, but the soundtrack to a drama about teenage cancer patients isn’t exactly a party album. The songs are mostly fairly glum, but beautiful. There’s an Ed Sheeran song and a Ray LaMontagne song on there, so that probably gives a fairly good indicator. That said, there are one or two slightly more uplifting songs on there, and a totally incongruous Swedish hip-hop song. At first I was puzzled by its inclusion, and wondered which scene it accompanied, but then I reminded myself and nodded in satisfaction.

After listening to it for a couple of weeks, I’ve reached the point where I need to move on to something else, maybe something with a bit more spring in its step, but this is still a fantastic album that I have every intention of coming back and listening to more of in the future.

Do you often cry like a baby at romantic films for a teen audience, or was it just this one time?

You’d have to be a heartless automaton to not cry at this film, disembodied voice.

Yeah, but you cry at films all the time, it’s hard not to tease

Yes, admittedly in recent years I find myself crying to films increasingly frequently, but maybe that’s just because I’m watching different kinds of films these days.

Look, the guys who make these films are professionals. They know how to get the emotional reaction they seek.

Do you want me to change the subject?

In the interests of rescuing this album review that has gone hopelessly off the rails, that might be for the best.

Okay. Let me just check where I got to on the script. Ah, yes – Best song?

2 thoughts on “Birthday Albums #5 – The Fault In Our Stars”