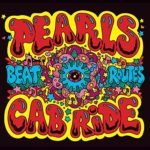 While the title of Beat Routes is enough to raise a wry smile, I have to confess to being mostly underwhelmed by everything else about this album. It opens with The Only One, which takes the iconic descending bassline of Glory Box by Portishead, speeds it up slightly, and doesn’t really do anything sufficiently novel to sound like anything other than a bad, one-dimensional cover version. It does merge in a certain Moloko influence, which is an element that recurs throughout this album.

The brazenness of this introduction acts as a bit of a distraction, and it’s once the next track, Jill Of All Trades, begins that you get an idea of the shortcomings of this album. The thing is, I can entirely believe that Pearl’s Cab Ride are a fun, energetic acid-jazz party band. However, the production on this album is, and it’s a few years since I’ve had to crack this phrase out, a “bag of wank”. Not in an obvious way, but in a more subtle way.

Let’s start at the root – the vocal performance could have been so much better. For the most part, it hits the notes (though not totally – the chorus of Jill Of All Trades is very, very uncomfortable to listen to), but the soul just isn’t there. If I were to hazard a guess, it sounds like the singer was so caught up in the function of being in a studio that she forgot to relax and have fun. A lot of these songs need to be sung with a smile, and it’s patently obvious that there was no smiling going on behind the microphone that day.

Moving on to the production side of things, the vocals don’t sound like they’ve really been given the requisite care. They frequently disappear into inaudibility, and they sound very dry, like they’ve been recorded in a cold, sterile environment. Sticking with the production flaws, the bass player got a really rum deal on this one. The sound has been rolled off heavily below about 160Hz, so while the midrange of the bass is still just about audible, it’s totally lacking in guts.

You may notice that I’ve only mentioned the first two songs by name. The reason for that is that it’s not really an album that offers much in the way of surprises. Track two pretty much sets the tone for everything that will come afterwards.

It’s really such a shame, because my suspicion is that I would really enjoy one of their gigs. But as far as this album is concerned, I think that now that I’ve written this review, it’s unlikely that I’ll listen to it again.

For this I’ll nominate the album closer, Sunrise. It’s quite out of place on this album, in so many ways. And that’s part of it’s strength, because all the up-tempo funky jazz songs start to sound a bit samey, and this is definitely something different. It’s slower, more thoughtful, more sentimental. It’s also one of the few songs in which the vocalist’s definitely-not-smiling delivery is appropriate.

Periodically I ask myself “what’s Jarvis Cocker up to these days?” Turns out, last year he did something called Room 29. I’ve listened to a little of it so far, and it’s fucking out there. There’s some lounge-type piano, and some of Jarvis’ idiosyncratic Sheffield drawl. I have no idea what I’m getting myself into.