One of the nice things about visiting a different region in the country is seeing a different range of products on the supermarket shelves. Heading up to Yorkshire for the week yielded some new options for alcohol-free beers, and 3 of the 4 beers in this review came from Morrisons in Skipton. 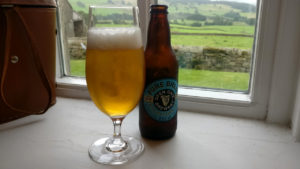 This is a lager, and let me put it this way – if I were set the challenge of “tricking” someone into drinking an alcohol-free beer without them noticing the subterfuge, then this might be the one I’d use. It just tastes like a good lager, nothing weird or objectionable about it whatsoever. There is a tiny trace of that sweet wortiness, but it’s only noticeable if you really concentrate. This is definitely right up there with the Brooklyn Special Effects at the top of the lager charts. 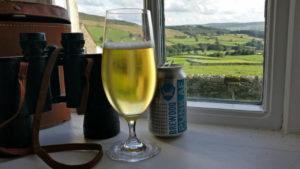 I was quite looking forward to this one, as the Nanny State is such a good beer, but I found this one a little disappointing by comparison. It’s got quite an interesting smell, but once in the mouth it’s just a very fizzy, tangy, hoppy IPA which feels thin and unsatisfying.

There’s a curious thing though – as I’ve mentioned before, I initially started drinking alcohol free beer with the intention of replacing some of my alcohol intake, but a couple of months back had to cut out alcohol entirely due to a very specific and unpleasant physical reaction. I had 4 cans of Punk AF, spread across 2 nights, and on both occasions I experienced symptoms of that physical reaction. This suggests one of two things – either the connection between the physical reaction and alcohol consumption isn’t as clear-cut as I originally thought, or this beer has significantly more alcohol in it than any of the other alcohol-free beers I’ve reviewed. Either way, I’m definitely not going to risk touching this stuff again.

I’m also a little sour on Brewdog on the whole. The more I read about their scummy business practices, the more I want to give my money to another brewery. 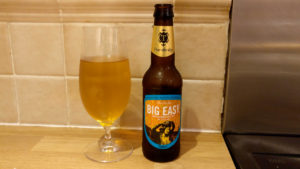 I was quite excited to try this one, as it’s fairly rare to get an alcohol-free beer from a smaller brewery (unless it’s one that exclusively does alcohol-free). Sadly, it was a bit of a disappointment – this is a very hoppy pale ale, with a lot of that thinness and metallic quality that I came across in some of my earlier forays into alcohol-free beerery. While drinking it I was just completely overwhelmed by the sensation of it fizzing in my mouth, and any trace of flavour was left floundering. Which is a shame, because what flavours I could pick up on were reminiscent of the Infinite Session pale ale, which is an absolute triumph. Big Easy also has a very offputting aroma of damp dog. 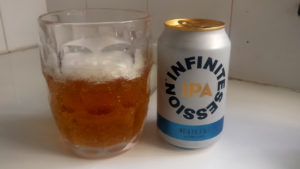 I had high hopes for this one, as the brewery’s “Pale” is one of my all-time favourite alcohol-free beers. However, and maybe unavoidably, this one fails to match up to that standard. In what seems to be a theme in this batch of reviews, it’s just a little bit too thin and harsh for my tastes, and is lacking in smooth mellow flavours to give it a bit of body and round out the profile. It just veers too much towards being plain carbonated water. Of the three pale ales that I’ve reviewed here, it’s by far the least objectionable, but it’s still pretty borderline whether I’d buy this one again or not. I’ll give it the benefit of the doubt.