This post seems to have come around a bit quicker than the last one, and the next one will be quite soon too. Read on, to find out why. 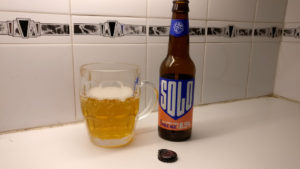 Another beer that’s from the West Berkshire Brewery, though plays that detail close to its chest. This one smells very tangy and hoppy, and the flavour does follow through on the promise, to deliver a really robust drink. That said, it’s a very very fizzy beer, and the sheer overwhelming onslaught of fizziness does serve to block those good flavours from coming through.

The Low Down (Hop Foundry) 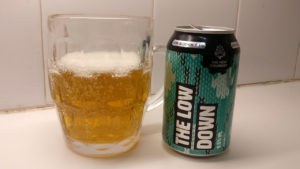 This beer is from Aldi, and this is the review that I was expecting to write, and indeed had already started composing in my head.

The packaging on this beer is reminiscent of Brewdog Nanny State, and so I think what we’re looking at here is an attempt to produce a “clone” of Nanny State. The new budget supermarkets pride themselves on producing clones of big-label products which equal, or even exceed, the quality of the original. And indeed that’s what’s happened here – I am absolutely unable to distinguish this from Nanny State. More refined palates than mine might find differences, but for the average consumer, it’s immaterial.

You can imagine my disappointment when, after cracking open the can and breathing deeply of the fruity mango aroma, I took a sip only to be confronted by something fizzy and metallic and not dissimilar to damp cardboard in flavour, though to be fair, not in texture. In a blind taste test, not only would you consider this inferior to Nanny State, you might not even recognise it as a beer at all. 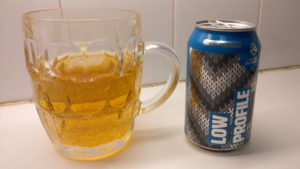 Another Aldi beer, with packaging that is this time highly reminiscent of Brewdog’s Punk AF. It pours with a small head which had disappeared in the few seconds that it took to get my camera readied. It’s got a nice smooth aroma with a hint of something creamy and banana-ish, but the flavour was a little underwhelming. It wasn’t bad, there just wasn’t enough of it. The smell had led me to expect something a little more bold. Again, in a blind taste test against the beer that it is (I assume) trying to mimick, I can’t see this scoring any points. But then I’m aware of the fact that I have come to this review with a lot of preconceptions – there’s a strong media narrative about Aldi and Lidl’s copycat products surpassing the originals, and so this has now meant that, in my mind at least, I have very high expectations for them. Maybe these last two beers aren’t so bad really, they’re just failing to meet my overinflated wishes. What I’m doing here is not science, though I think you’d figured that out already.

Here ends today’s reviews. But one last piece of news – I have received, from the lovely Karen, a fantastic Christmas present, which is a monthly subscription from Wise Bartender which will mean that every month I receive 8 alcohol-free beers through the post! Now, naturally some of these I will have tried before, but in the first box there are 6 new ones, which means that I will likely be writing these reviews at a pace I’ve never hit before. I might need to find a new spot for taking photos, one which is not so much at the mercy of the size of the washing up pile!