This month’s selection box from AFBeerClub containeds eight alcohol-free beers for me to review. Here’s the final four of them: 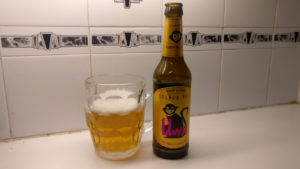 This beer has a very pleasing pale amber colour and a nice thick head. Initial sniff test yielded a certain breadiness in the aroma. The flavour is pretty good, it reminds me of a slightly less fruity version of Maisel. This is another one of those beers that gives you one of those jaw-dropping “wow, can this really be alcohol-free?” moments. Karen also had a little sip, and whereas she usually pulls a very specific face after having a sip of beer, on this occasion she did not, which leads me to think that this might also have appeal amongst those who are not usually beer drinkers. 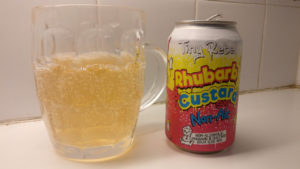 This drink poured a very pale pink, which is not a colour that one normally finds on the beer spectrum. There’s no head whatsoever, but it does bubble awake cheerfully. No surprises in the smell – it’s an exact match for what the title has invoked in your imagination. I was a little disappointed in the flavour, in that I was hoping for something that intertwines some rhubarbcustardiness into a beer, but in fact the flavour is all rhubarbcustard and no beer. I find myself questioning the role of the conventional beer ingredients in this beverage at all. That said, if you like the sound of a rhubarby drink, you’ll probably like this, but calling it “beer” is a bit of a misdirection. 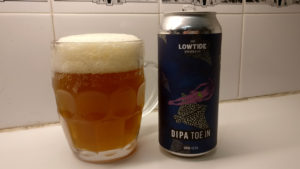 This beer pours a cloudy dark amber colour with nice chunky head. The smell instantly evokes a beer festival, those pungent fruity ales which knock your socks off. The flavour follows through on his promise, ripe and full-bodied and invoking the good old days when we went to pubs and such like. 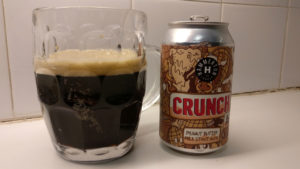 I saved this for last as I had really high hopes, as I do like a dark beer with a twist. It passed the first test, which is the pour, by means of a good viscosity and a creamy head. The second test, the smell test, was a little less impressive, as I only detected a relatively small amount of peanuttiness, but a lot of biscuitiness. And test three, the sip, was sadly a bit disappointing. I was hoping for the peanut flavour to be blended into the drink in a smooth and creamy fashion, but it didn’t quite hit that spot, and it ended up just being a fairly thin-flavoured stout with a weird and disintegrated nut layer. To be honest, I’m not even sure that I’d purchase this for the occasional novelty experience. That said, it’s not revolting, and I wouldn’t steer people away from giving it a try if they like the sound of it.