This month’s selection box from AFBeerClub contains six new alcohol-free beers for me to review, and two I’ve had before. Here’s the first three reviews, which I write while Bernard does his piano practice downstairs. He’s in a sulk, so is playing very very badly, perhaps deliberately, and it’s all coming out quite jazzy. I think he’s hoping to torture us so badly that we can truly appreciate his pain. 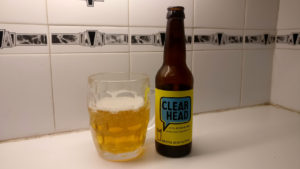 Bristol Beer Factory is a good brewery, so I’ve got a good feeling about this beer. It pours clear and golden with a small head that dissipated quite quickly. The smell is smooth and balanced, with a nice fresh light hoppiness to it. The flavour is truly immaculate, luscious and easy drinking, but still interesting. I have to say that this beer sets a new bar for alcohol-free IPA, it’s a delight to drink. 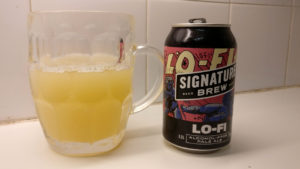 This beer comes out pale and hazy. It’s got a strong hoppy aroma, but not aggressively so. The flavour is also excellent – tangy and fizzy, but generally well balanced. It reminds me a lot of Brewdog’s Hazy AF, which I also reviewed once upon a time, and of which I was (and remain) a big fan. 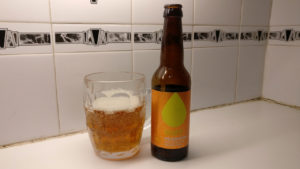 We have mixed feelings about Big Drop round these parts. There’s some great alcohol-free beers coming out of that brewery, but also some duds that seem to me so unpalatable that I find myself wondering how anyone could have thought “yeah, ship it”. This one is a promising-looking beer with a gorgeous deep golden colour. The head drifted away quite quickly, and taking a sniff I got a bit of a hit of maltiness and wortiness. I took a sip, and recoiled in terror. This tastes nasty to me. It’s watery and metallic, and the only “flavour” I could detect was a sort of biscuitiness. All the positive things you associate with beer are missing in this drink. It was on the cusp of being so bad that I chucked away most of it, and that’s something that I very rarely do.