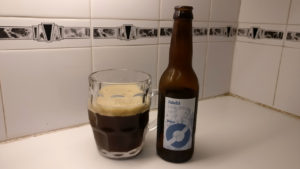 This is a very dark, Christmas-themed beer. Now, on the plus side, I’ve tried one other beer from this brewery and it’s possible the greatest alcohol-free dark beer that I’ve ever tasted. So, that’s promising. On the negative side, I’m terrified by Christmas-themed variations on drinks. They are, in my experience, abominations that should not be allowed.

The pour is as dark and viscous as I had anticipated, which makes sense as I imagine that the Svart/Hvit was used as a base for this concoction. The smell does certainly make you think “yep, stereotypical Christmas shite right there” with ginger, cinnamon and cloves. As is so often the case, Karen gets a sip in before me, and she remarked that it smells better than it tastes. However, I think I disagree. While the smell is a tacky assault of Christmas spices, the flavour is actually much better balanced, and the spices don’t dominate quite as much. That said, you know what would be even better? If they weren’t there at all.

While it’s not as bad as I had braced for, this is very much a novelty beer and I don’t see a reason why I’d buy it again. 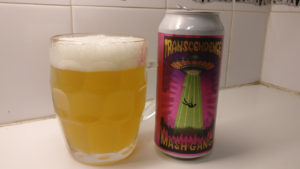 This is a pale, cloudy IPA with a pleasing head. The aroma is very hoppy but with a lot of sweet fruitiness to it as well. The flavour has a sharpness, but perhaps a bit on the watery side – the overall levels are good, but just at a much lower intensity across the board than ideal. Karen observes citrus and grapefruit. 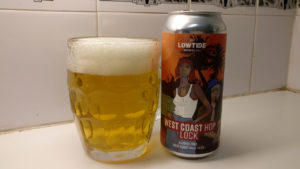 To round out this batch, we have a clear medium-golden coloured IPA. The smell is enticing – there’s hoppiness there, but it’s delicate and restrained. The flavour is, in my opinion, absolute perfection. Stimulating but not upsetting, sharp but invigoratingly so.