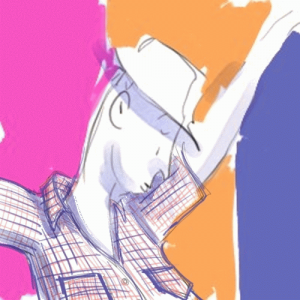 Well, it’s two places of course – but yes, we are still in central Nottingham during the week and the Derbyshire cottage at weekends. That said, we often extend our weekends, working from Derbyshire on Mondays, and occasionally on Fridays as well. The Nottingham office closed last April, and after two or three months commuting to the new base office in Leeds – two and a half hours from door to door, each way, feel my pain – the powers-that-be decreed that working from home was fine after all. So now I just have social isolation to combat.

This might change later in the year, though. K will soon be required to spend an uncertain amount of time at an office near Leeds, so adjustments may be made. But this also depends on work factors from my side, which are as yet far from clear. It’s complicated, as nobody said in 2004/05.

I think you would. I still sport a full head of hair –although it’s a lot greyer round the sides than it used to be – and my girth remains acceptably trim. One significant adjustment: I’ve switched from lenses to specs, which might throw you off the scent. (On the rare occasions when I can be arsed to put my lenses in, I am regularly blanked in public, so it probably works both ways.) I mostly wore lenses to look hot and shaggable, but I’m blissfully unencumbered by such considerations these days. Unless I’m in XXL.

Spotify Premium on the iPhone. At the cottage, I stream it via Bluetooth to a DAC, which is plugged into the multi-room hi-fi. It sounds every bit as good as CDs. I still buy CDs, due to some quaint residual notion that artists should be compensated, but they don’t get played much.

My original blog is still there, but since Blogger withdrew FTP support, I can no longer update it. I started a WordPress blog, but I never update it. Sometimes, I even have to Google for the URL.

I started a community blog for our village in March 2008, and it’s still going very strongly indeed, with multiple new posts daily. I’m part of a team of five, and we all put a huge amount of time and effort into it. So I’m still blogging all the time, but not in a style that Troubled Diva readers would recognise.

I’ve also been maintaining a press archive blog since 2009. Nobody reads it, but I like to have all my writing in one place.

I’ve never completely shut myself off to the possibility of re-starting Troubled Diva, though. Much as I love Twitter, it’s terribly transient. (Blogs feel like vinyl; Twitter’s more like a streaming service.) But my whole conception of writing has changed since I started doing it semi-professionally, and I’m not sure I could recapture the innocence (and the adverbs, oh, the adverbs!) of my old blogging voice. And then there’s the whole “over-sharing” thing to consider. Printed bylines do rather change the game, over-sharing-wise. I could go on about this all day, you know.

The achievement that makes me most proud is starting the village blog, as it really has helped foster a closer sense of community. We even inspired the Archers scriptwriters to start their own Ambridge blog, but they let it lapse. Lightweights.

But I’ve already mentioned that, so let’s think of something else. I published a book in a week for charity, and it raised a healthy amount of cash. I danced on the fourth plinth in Trafalgar Square, thus turning myself into Art for an hour. And I wrote a feature for The Guardian on the rising fortunes of Nottingham’s music scene, which a) had a huge impact locally (people still talk about it, 18 months later), b) opened my eyes and ears to the ever-increasing pool of amazing musical talent on my own doorstep, and c) brought me right into the heart of that community, which has been an utter joy. So I think that’s the one that I’d like to celebrate here.

Mark wanted us to interrogate you about your prolific output and style, so here goes:

Was Troubled Diva a launching point into a writing career?

Indeed it was. My gig reviews on the blog led to an approach from the local paper in early 2006, and my Eurovision posts led to a commission from Slate in the same year. One of my interviews for the local paper – which I’d re-blogged elsewhere – led to an approach from Guardian Film & Music, doubtless helped by the fact that it was an interview with the lead singer of the editor’s favourite band. Looking back, I think I was passive-aggressively auditioning for The Guardian, but I wasn’t fully conscious of that at the time.

You write for an awful lot of things now, don’t you? What do you like doing best?

I like reviewing big pop shows at the Capital FM Arena, and not taking them totally seriously. For instance, I loved writing this review of a recent Justin Bieber show. My other favourite thing is appearing on the radio: BBC Radio Nottingham get me in on Monday mornings every few weeks, to discuss events in the weekend’s news. This is fun, because it forces me to form instant opinions on subjects that I’ve never thought much about before. (One week, I even had to become a football pundit; that concentrated the mind quite wonderfully.) It turns out that I seem to be more articulate in front of a radio microphone than in regular conversation. This is a strange discovery.

I first encountered Troubled Diva when Stuart Hg showed me the Shirt Off My Back project, and TD was always part of the inspiration for Uborka’s collaborative content. What was your favourite of the themes and stunts you ran on Troubled Diva?

Oh God, don’t mention Shirt Off My Back! That’s the one that still makes me cringe, to be honest with you. My favourite was probably Which Decade Is Tops For Pops, which ran every year. (I started it up again in another place, but hit a wall. That also still makes me cringe.) Guest Weeks were also huge fun, especially when I guested on my own blog as a fictitious friend. That was the closest I ever got to sex-blogging. Give a man a mask, and he will tell the truth.

Having served the cocktails at their online engagement party – my all-time fondest memory of Uborka v1.0 – I’d like you to interview Stuart and Krissa, the living embodiments of Love At First Sight. I suspect that you’re just going to ask them the same questions that you asked me and Mark, but a little more gentle probing into the divine machinations of their Deep and Abiding Union wouldn’t go amiss, I guess…

13 thoughts on “Where are they now? An interview with Troubled Diva”