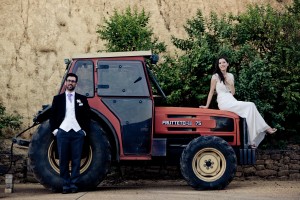 Which after being in my first home (that I owned) is quite a big change.

After being in  Wandsworth Town for 11 years (where we had a few bloggers BBQs, and in fact the last one, which was the last one, which you were at was the beginning of the end of my last relationship). Which is all good in the end since … well I’ll get to that bit later.

Anyway I sold my flat in January, just before the wedding. It seemed smart at the time, you know, get out of a chain, be in a position to buy a family home etc. And finically it was a smart move. But god, emotionally, it was stupid. Do not sell a flat 2 weeks before your wedding. Unless you like paralysing levels of stress.

Anyway, sold Chez Sev, and moved from Wandsworth Town to East Sheen. Which is rather lovely and very family and aside from the planes for 3 weeks or so every few months, really quiet. Also really expensive (we’re looking to buy a family house). So I may land up living in three different boroughs in one year after being in one place for the last 11.

Probably, but hard to tell. My hair has gone from short to long to messy to short. I’ve gone from clean shaven to Che Guevara to most beards in between. I’ve put on weight since Ann took pictures of me in the park.

But I think you’d pretty much recognise me.

Hmmm. I’d probably have to go with the iPhone. Starting back from 1995 when I’ve kept trying to buy an iPhone. I had a couple of Palm Pilots. A few iPAQs. A few things in-between. I think the longest I lasted on one was 3 weeks.

I’ve now owned every single iPhone model since the first one. Not quite by intent but it’s just worked out that way for one reason or another. Having the internet in your pocket is remarkably useful. Especially when travelling (I get local SIMs, makes a world of difference)

Also the iPhone makes waiting around for people a lot less dull.

I guess it’s effectively dead. Or a zombie, as it’s actually still up, just not quite living.

Occasionally I throw a “long tweet” up on tumblr. http://longtweets.sevitz.com

Work’s going well, but I feel I could have done better. I’ve always felt that.

I got my full bike license after 7 attempts (passed the theory in 1, had a strike that cancelled my 1st yard test, failed the 2nd, passed the third, failed my first road test for leaving my indicator on, my second for popping a wheelie, and passed on the third attempt), so I guess I’m quite proud of that.

I’m quietly quite proud of my wedding speech too.

Stuart & Krissa wanted us to interrogate you about what it was like to meet and fall in love with Maria, so here goes: How on earth did you convince Maria to go out with you?

I’m not entirely sure.

It didn’t start well as I didn’t ask her fling or her phone number, the day we met. Some other South African did.

Then I did this elaborate thing of doing a reply to all email that she was on, from the mutual friend I met her through saying I had a good time at the party and ‘enjoyed meeting new people’. Then after she replied saying she had fun too, I dropped the reply to all and just mailed her directly.

But boy was it hard work. I’m used to blogging types that are always online. And reply a lot. Maria replied once a day. Between 11pm and 2am. I’d stay up every night. Reply to her email. Then wait half an hour. Then go to bed. Then wait. Then get another reply a day later.

So in answer, no idea, but boy did she make me work hard for it.

How did you know she was The One?

Hmm. To be honest I don’t know. There was just a point where it felt right and I wanted to spend the rest of my life with her. And then after 4 months planning I proposed in a restaurant in Copenhagen called Era Ora. Which is Italian for “About Time”

According to the schedule, when are you having your first baby?

We go on Honeymoon, on August the 23rd.

Are you speaking fluent German yet?

I do walk around the flat saying “Ich bin ein Apfel” a lot.

It’s meant to keep me honest, and encourage me to stay fit and lose weight. YMMV.

Anna Pickard. She’s without a doubt one of the loveliest people I know, and has a great sense of humour. The internet without Anna would be a poorer internet.

10 thoughts on “Where are they now? An interview with Sevitz.”