I got a few CDs for my birthday. 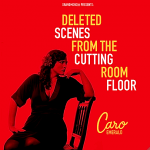 I remember the story of how this got onto my wishlist. Recently Karen and I were in London for the day, and things weren’t going so well. We were sat in a coffee shop feeling sorry for ourselves when You Don’t Love Me came on. The tempo and the rhythm was enough to cheer us up a little. The song was identified with the help of SoundHound, and the album was added to my wishlist straight away.

The rest of the album maintains that same standard. It’s immediately loveable, which can sometimes indicate that an album won’t really endure repeated listens, but honestly I don’t care. It makes me smile and makes me groove, and smiling and grooving are never a bad thing.

While listening to this album I was also struck with a faint embarrassment at how, on average, Dutch people seem to be better at speaking English than English people. It seems that the vast majority of Dutch people speak perfect English without any trace of an accent, whereas a shamefully large percentage of English people manage to desecrate their own native language, like, innit, lol. Wadthefugyewluukinatwanka? 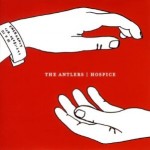 It’s a mystery how this ended up on my wishlist. This is at the opposite end of the spectrum, it’s a concept album that probably requires repeated uninterrupted listens and meticulous studying of the lyrics to extract its full potential, not just something that you can pop on while driving. For the most part, it’s a very sparse album – when listening to it in the car, it sounds like nine minute intervals of silence interrupted by three minute blasts of noise. For now, I don’t feel qualified to judge it. 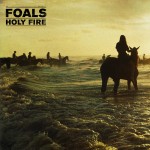 I can’t remember adding this to my wishlist either. It might have been a recommendation from Amazon, who knows? This is another album that grabbed me fairly quickly. It runs a fairly diverse rock gamut, from some somewhat discoesque stuff (like My Number) to meaty crunchier riffs. Inhaler is somewhat reminiscent of Eminence Front in the verses but with this fantastic fat guitar part in the chorus. I’m also reminded in place of Editors, . I always felt like Editors were a band that I should have liked, but didn’t, so Foals are putting that problem straight. 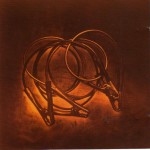 The man that you know as Doctor Pockless is very funny. You see, my old set of jump leads (the automotive sort) were cheap and plastic and subsequently not very durable. Obviously they weren’t entirely plastic, as a certain amount of electrical conductivity is required in order for them to function. But they only contained metal teeth, and the rest of the handle assembly was plastic. Reader, they broke. They did not break in a minor, surmountable way. They broke thoroughly. They broke catastrophically. They broke in a way that prohibited future efficacy. They. Broke. So I added some really good, robust jump leads to my wishlist, with plastic grips on the handles (to stop you electrocuting yourself) but nice hefty metal moving parts. The good Doctor got me these and also, the witty critter, an appositely titled CD.

He tells me that it’s not even their best album, but I’m loving it. It weaves a very peculiar path and takes in all sorts of quirky sights along the way. It’s very difficult to review the album as a whole, because there isn’t really any common element running throughout. There’s some funky instrumental electronic disco stuff, and some jazzier songs with vocals. Everything from Mr Scruff to Zero 7. And then the last song is a ballad played on just two guitars, which is the last thing you’d be expecting. Supposedly this album has the purists in a tizzy, because putting vocals on a Fila Brazillia song is akin to Bob Dylan going electric. I have no dog in this fight, but I do always enjoy watching the apoplectic tirades of people with a weighty sense of entitlement. 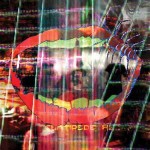 I find that upon first listening to any Animal Collective song, it all sounds a bit chaotic and questionable, but given time it all resolves itself and the melodies come to the fore. Personally, I’m very happy with this arrangement, because whereas most songs will start to sound bland and overfamiliar with time, Animal Collective songs actually settle down to a state where they retain a decent element of complexity.

However, the downside of this is that if you’re writing a review of an album after only listening to it 3 or 4 times then it’s hard to do it justice. When comparing this album to Merriweather Post Pavilion, I feel that it doesn’t quite strike that same perfect balance between great melodies and kooky sprinkles, but then maybe that will come with time? It’s as if that initial chaos isn’t fading quite as quickly as I was hoping it would, and there’s no way of knowing whether this is because it’s just taking a little longer, or if it’s not going to. Who knows.