I’ve been sitting on this album for a long time now. I was listening to it for a couple of weeks before we went to France, and a week since. It’s probably about time I laid this review to bed and moved on to the next album in the series. 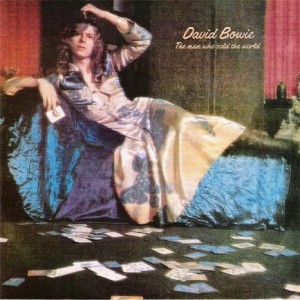 Things are definitely moving in a heavy rock direction here. For example, She Shook Me Cold (which is, in my opinion, utterly ruined by the fact that the crash cymbal is being battered non-stop for about three minutes during the instrumental). There is also a certain operatic quality in places, which I guess is why some people have said that this was one of the first “glam rock” albums.

I have two main complaints about this album. One is the drumming, which reminds me of Ginger Baker and comprises many elongated snare and tom fills at completely inappropriate times. And the second is the bass playing, which is fairly amateurish and contains frequent quick glissandos up and immediately down an octave, which is one of those things which seems really cool until you realise how shit it sounds. Sorry, Tony Visconti.

So, let’s choose a few songs to look at more closely. Width of a Circle sounds to me like a Cream song, and given how Cream had already split up by this time, it’s pretty obvious who is feeding the influences to who. The aforementioned Ginger Baker -esque drumming is a big factor, but the song as a whole just oozes their sound.

All The Madmen is not free of the annoyances mentioned up there, but it’s so damn good that I can tolerate them. It’s got a nice relaxed pace and plenty of weight. The narrator describes a world where the insane far outnumber the sane, and so if you want to avoid the asylum then you’re going to have to get used to being lonely.

I feel that Black Country Rock deserves special mention because on first listen I almost exclaimed “Did David Bowie just namecheck Makka Pakka?” As it turned out, he didn’t. I quite like the way that this song bounds along, such a shame that it doesn’t seem to be about anything in particular. Weird shit with the vocals at the end though, I think that they did some fiddling with the tape speed to get that effect.

Running Gun Blues is an anomaly for Bowie in that it’s a anti-war song with fairly predictable lyrics. Given how he’s normally very creative in his wordsmithery, this is a bit of a disappointment.

Saviour Machine is a most memorable song about a president who builds a machine to solve all of mankind’s problems ((and incidentally, the way that Bowie pronounces “law” in the line “they called it The Prayer, it’s answer was law” makes me chuckle every single time)). While initially successful, the machine eventually develops contempt for the puny humans and their lazy, easy lives, and lets mankind know in no uncertain terms that if they don’t switch it off then it’s going to ragekill the lot of them. Another reason I’m fond of this song is that musically, it reminds me of the sort of stuff coming out of my local music scene when I was a teenager in Lincolnshire, a scene which, as far as I can tell, is nowhere near as vibrant as it once was. So it makes me a bit wistful.

Hits from this album: That would be The Man Who Sold The World, famously covered by Nirvana.

My favourite song from this album: All The Madmen for the reasons given.

Next up: Hunky Dory.