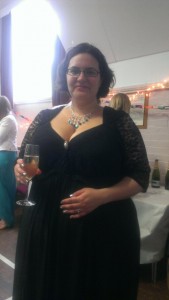 Nope. Back then I was living in Leamington Spa, having recently split from my ex. Have moved house 4? times since then. The house I’m in now is the longest I’ve been in one place since before I went off to university.

I expect so, apart from varying lengths of hair, nothing else much has changed about me. That I’ve noticed at least.

I suspect that it will become more private again, as people get fed up of trolls and celebrities. The celebs and trolls aren’t going to go away, but I think people will interact with them less and stay within their own huddles more.

The blog’s mostly defunct, not that I was ever the most verbose even at the height of blogging. I’ve posted a few times recently, but generally have a feeling that if it’s not running to at least 5 paragraphs, it’s not worth doing. I’m mostly blaming it on lack of thinking time.

Also a little while ago I went through my old blog archives to see what was worth importing into a new site, and was fairly unimpressed with most of it – it was useful then, but not something that withstood the test of time.

Before my next birthday? That’s only two weeks! OK, I’d like to start running again. I’m really disappointed in myself that I’ve let the running drop, and really need to get back in the swing of things again.

1: You’ve been married for a few months now. Can you detect any difference, either on you part, or from others?

I still get startled when Neil refers to his “Wife” and I look around to see who he’s talking about. We’re changing our names at the weekend, and I wonder if that will make things feel more different?

I love the fact that we’re married now, but on a day to day basis it doesn’t really feel different. Basically we’ve been like an old married couple since quite soon after we met!

2. When you first started blogging, what was your intent? Is it the same now?

I think my thoughts were, ooh, what is this shiny thing that all these tech savvy people are doing, I like to be a techy person, I should do it to.

Now it’s more about conversation for me, which is probably why twitter has taken over from blogging so much.

3. Think back to your first blogmeet. Would it be more or less the same today and why?

But, the little blogmeet group feels a bit like family now. Like the weird cousins that you only see occasionally at funerals and weddings but always have a good time with and promise to meet more often. In a good way.

It would be good to interview Lori next and I’d like to ask her:

8 thoughts on “Where Are They Now? An interview with Merialc”