Two parents working full time 40+ hours a week plus running around after a toddler tends to mean not much time in the evenings to do anything, so the obvious answer was to move out of London entirely and extend the commute by at least 45 minutes in both directions.

Living in semi-rural Kent is lovely, but cooking while trying to stop a starving toddler (tea at 4ish at new Nursery, vs Dinner at 5ish at the Childminder = HUNGRY BOY) from shimmying up you like a drainpipe to eat anything and everything just adds to the challenge, so after a bit of discussion about it on Sunday and through the magic of Amazon Prime, on Tuesday, a Slow Cooker was delivered unto us.

Somewhat predictably, it took several days to get round to actually unpacking it from its box, but an unexpected Work From Home day gave me the opportunity to give it a try, and having summoned the scrapings from the bottom of the fridge, I discovered that I had most of the ingredients to try Hugh Fearlessly EatsItAll’s Slow Cooker Sausage Casserole. 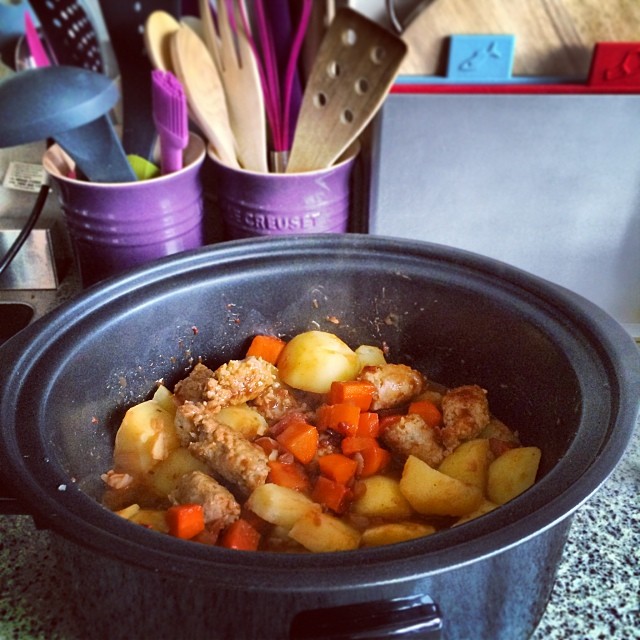 This is how it looked at the beginning. 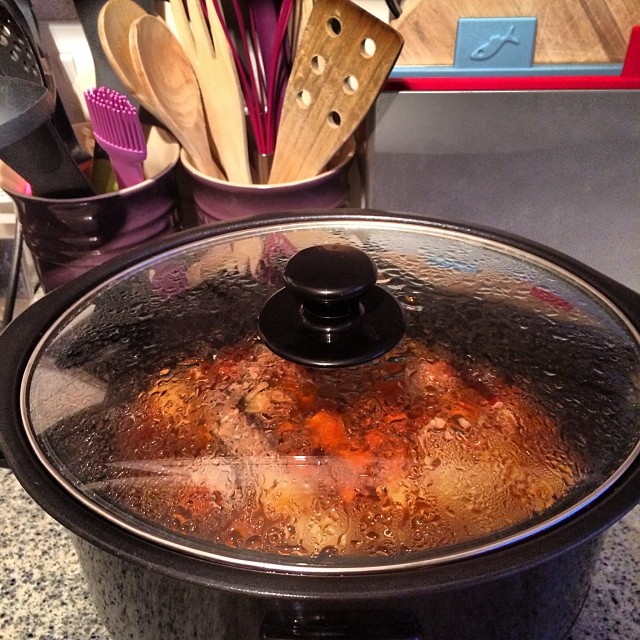 This is how it looked some hours later. 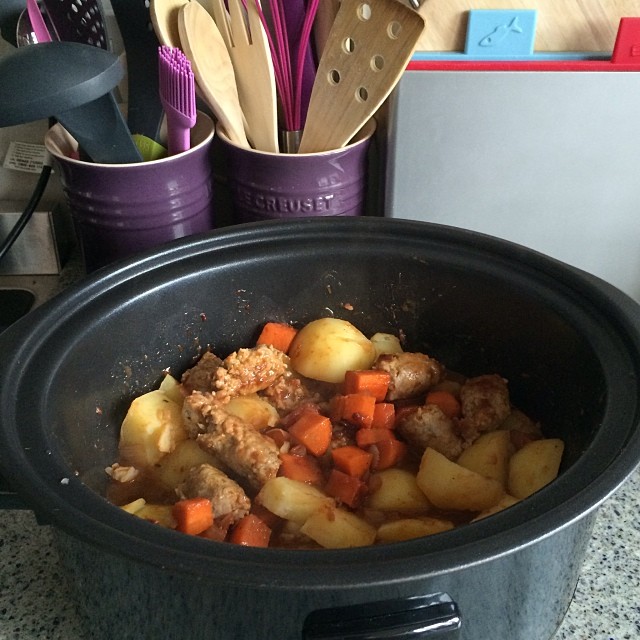 This is how it looked just before it was served.

And this is how it was enjoyed.

All hail the slow cooker!