I am in semi-rural North Kent. Just outside the M25. Definitively NotLondon.

I like it here. There’s lots of sky and the fields are long.

I went for a run today. The first time since the epically rain-sodden Big Fun Run last October. It was a beautiful day. I discovered that something which I thought was a school was actually a community centre, and the play park behind it which I thought was part of the school is part of a community park, so there’s somewhere walkable that I can take Junior to, when he’s desperate to go out and run around and the garden isn’t enough for him.

I also found a nature reserve, and as I climbed through the woods, I came out into a field, where I could see all the way across the village. 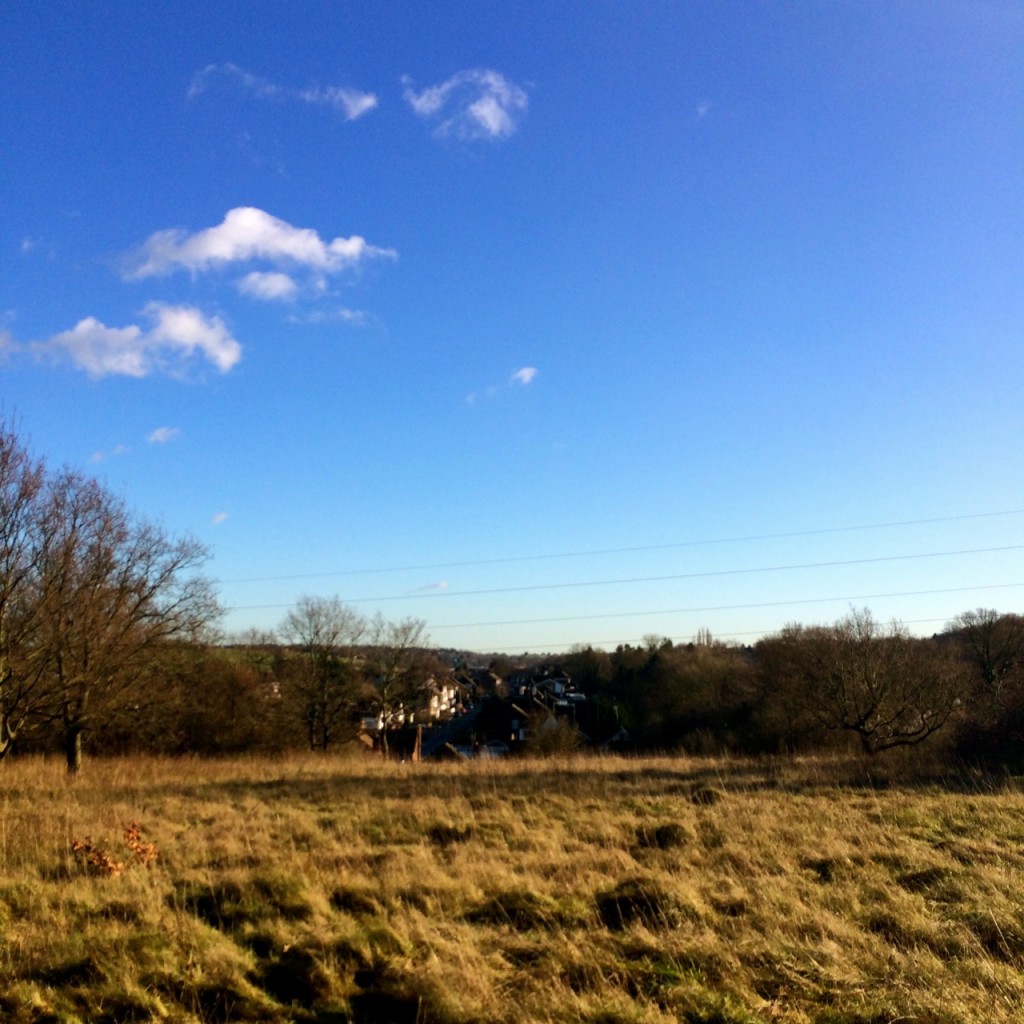 It was very muddy. I nearly slipped over several times coming back down from the hill.

I discovered that there aren’t many pavements on the roads around here, and that running on narrow roads where there are no pavements and lots of bends is pretty scary, so I turned around and headed back home, making a mental note to find a safer running route. I paused to take a picture of a field, all green and growing with something I can’t identify. There are lots of similar fields around here. Growing unknown vegetables. If I was braver, I’d go closer to look, but I’m not. 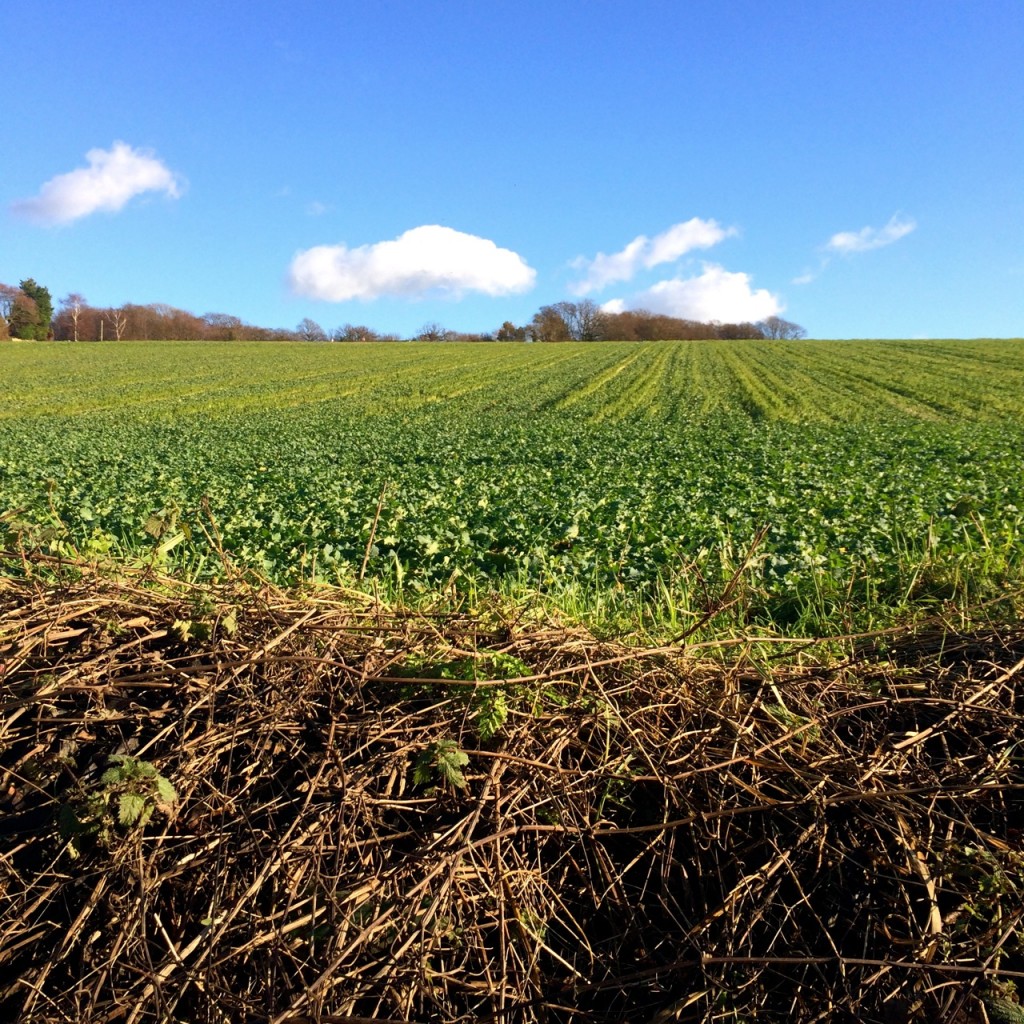 A field growing vegetables of some kind. No idea what.

I didn’t think I’d be here, now, but here we are, still commuting into London, still part of the rat-race, but not. The longer commute, strangely, is more restful. The coach acts like a decompression chamber, and I find that now the initial motion-sickness is faded, I actually have time to knit. This is cause for celebration. I am edging ever closer to finishing a shawl I started when I was pregnant. It’s up to nearly 700 stitches per row, so each bus trip gives me time to knit one row. It’s slow going, but it’s going. It takes the edge off.

We are settling in as a family. Putting down roots. I have joined the parents forum of the nursery. It’s not like I am blessed with masses of free time, but this is where we’re going to be living for many years to come (I very much hope) so it feels like a good thing to do, not just because it is an opportunity to meet people beyond the polite hellos exchanged as I drop Junior off at nursery in the morning. 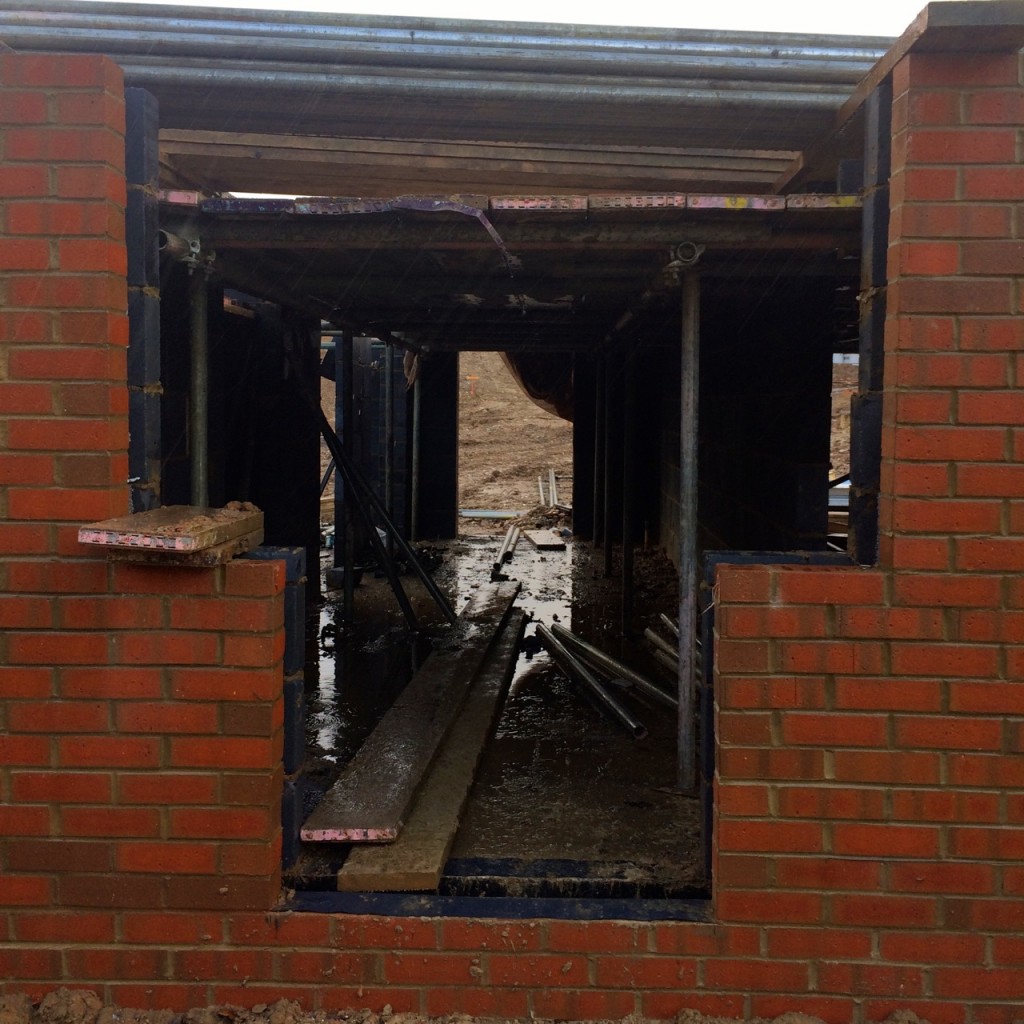 This is a pile of bricks. There are many like it but this one is mine.

By far the most exciting thing is the house. The house we exchanged contracts on just before Christmas. The house that’s currently being built on a very muddy building site. The house that we didn’t think we’d have for a few more years, and didn’t know would be here, but then randomness happened and here we are.

4 thoughts on “Where Are You Now? Ann, January”