England is awash, America’s east coast is still frantically battling successive onslaughts of ice and snow while the west is a dust bowl and Quebec, is….Quebec. The plow’s been by four times in the past 48 hours, I’ve shovelled the walkway twice and D has taken three turns at rearranging it all. This is winter and by now I have only the dimmest of sense memories left of what sun warm feels like.
I’ve been out getting groceries and running errands. It’s a typical dull Saturday and as I drive by the empty cornfields near to where we live I see one of the local boys in a bit of trouble. 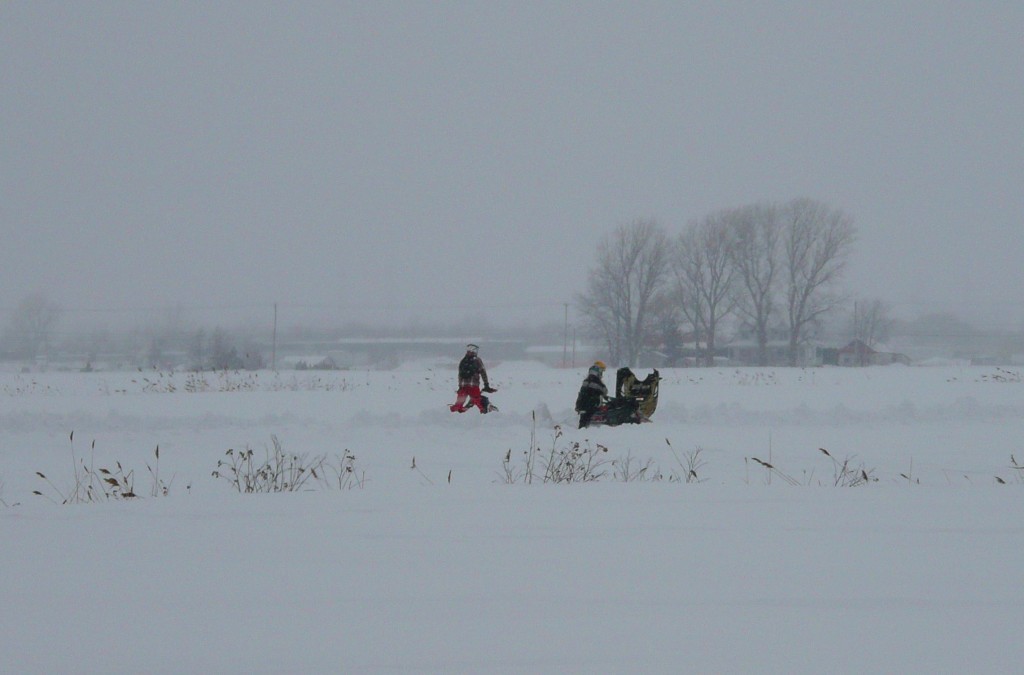 I can’t stand these machines, but they’re everywhere. I’ll admit they’re handy when the roads are impassable, but we all have snow tires. The roads are never impassable. Well, hardly ever. Snowshoes. I’m going to get myself some snowshoes when my knee gets fixed. I’ve lost track of the number of sentences I’ve uttered with’when my knee gets fixed’. It’s become a mantra.A prayer.

2 thoughts on “Where Are You Now? asta, February”