If you existed in January 2014, you might recall a blog post in which I reminisced about every single mobile phone I’ve ever owned. At the time, I’d been in possession of the fantastic Nexus 4 for nearly a year, and mentioned that I was hoping to keep it for at least another year.

Well, time went by. That second year passed. Halfway through the third year, I started thinking about a new phone, but nothing really wowed me. I sat tight and waited for September 2015, hoping that Google’s new Nexus would be more suited to my needs than the Nexus 6 of the previous year. But I found myself underwhelmed with the specs – they seemed to be hardly an improvement on the Nexus 4 at all!

In December 2015 I dropped my phone on a beach and it was never the same after that. Though it bore only a few small cosmetic scratches, the top centimetre of the screen (with the exception of the very top row of pixels) no longer responded to touch at all. I could still swipe down from the top, but I was at the mercy of app designers – any UI elements in that top stripe were unusable, and I found myself having to rotating the phone sideways in certain scenarios just to hit a particular button.

But I made do, for a while. My phone was now over three and a half years old, and I knew its days were numbered. Again, I eagerly awaited September 2016, hoping that Google would announce a new Nexus that really did tick my boxes. And then they decided that they were going to stop doing £300 phones, and start doing £600 phones instead, and I knew that I was wasting my time.

It didn’t take me long to decide what I wanted. I placed my order, and after an excruciating month-long wait, my new phone arrived. Below is one of the last photos I took with my Nexus 4: 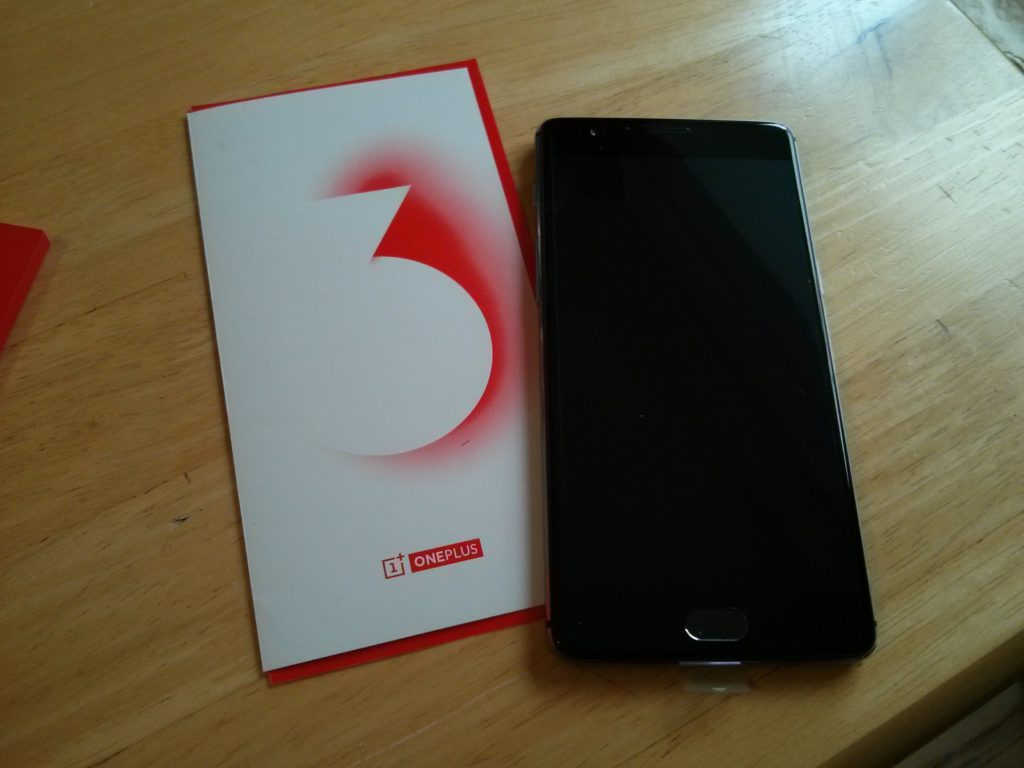 I’ve been using my new OnePlus 3 for a little over a week now. I’ve bought a bumper case for it (Ringke Fusion), Karen’s knitted a new phone sock (using the same yarn that she used for my Kindlelope a few years back) and I have to say, I’m pleased with my purchase.

Downsides first: it is very large. 5.5″ screen means that even I, with my enormous hands, can’t use it one-handed – my thumb doesn’t even get close to the far corner. The second downside is that is uses a USB-C connector, which means that my huuuuuuge collection of cables with USB-micro connectors is now officially obsolete.

However, that ties in nicely to one of the big upsides – the battery. It’s bonkers. I use about 30% of its charge capacity per day – contrast with the Nexus 4, where I would easily use double that, if not more. Furthermore, the OnePlus 3 comes with this nifty DASH charger with orange cable, which charges the thing at blazing speed. That 30% per day is replaced in about 20 minutes max. We went on a geocaching walk on Sunday – normally, I’d need to plug my Nexus 4 into my Anker PowerCore within about an hour to keep it going. After 90 minutes of geocaching, the OnePlus 3 had dropped from 100% to 92% charge.

The other big weak point of the Nexus 4, the poor camera, is also resolved in this phone. While it may not be the best phone camera in the market, it’s still pretty impressive. Here’s a couple of shots from the weekend: 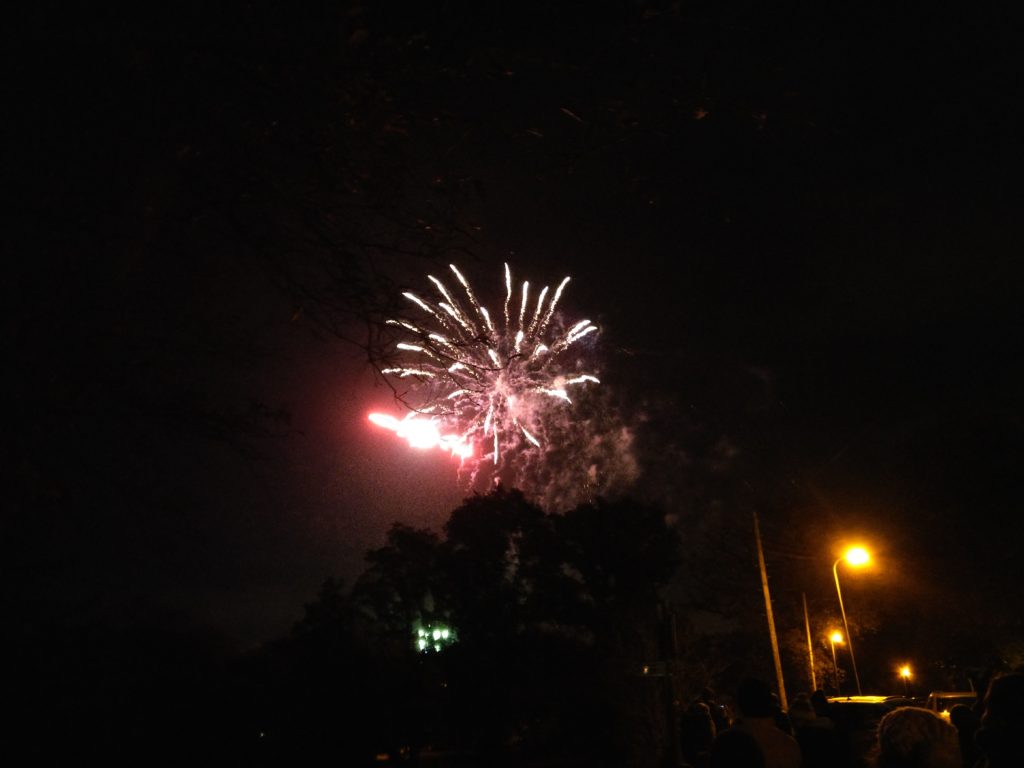 Fireworks, taken with a OnePlus 3 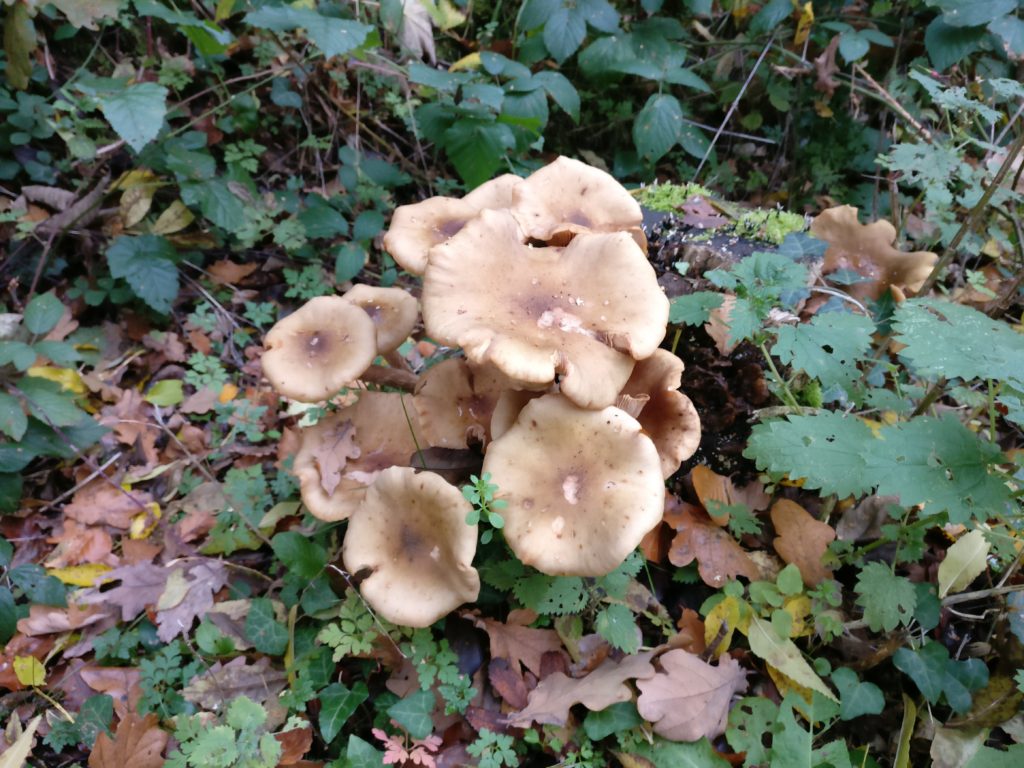 Mushrooms, taken while geocaching with a OnePlus 3

It’s got great specs, and since I was starting to run into problems with the Nexus 4’s 16GB storage space, I’m hoping that the OnePlus 3’s 64GB will tide me over for a while.

Back when I wrote my previous post I wrote that I was hoping to get 2 years out of the Nexus 4. And now, I have to be entirely honest, it’s difficult not to hope for 4 years out of the OnePlus 3. But to be honest I’m anticipating the total collapse of civilisation in the next few years, so perhaps it’s a moot point.

2 thoughts on “Technology at a glacial pace”