Some people sell their old mobile phones. Some donate them to charity. Some just throw them away. What do I do? Well, I don’t know yet. 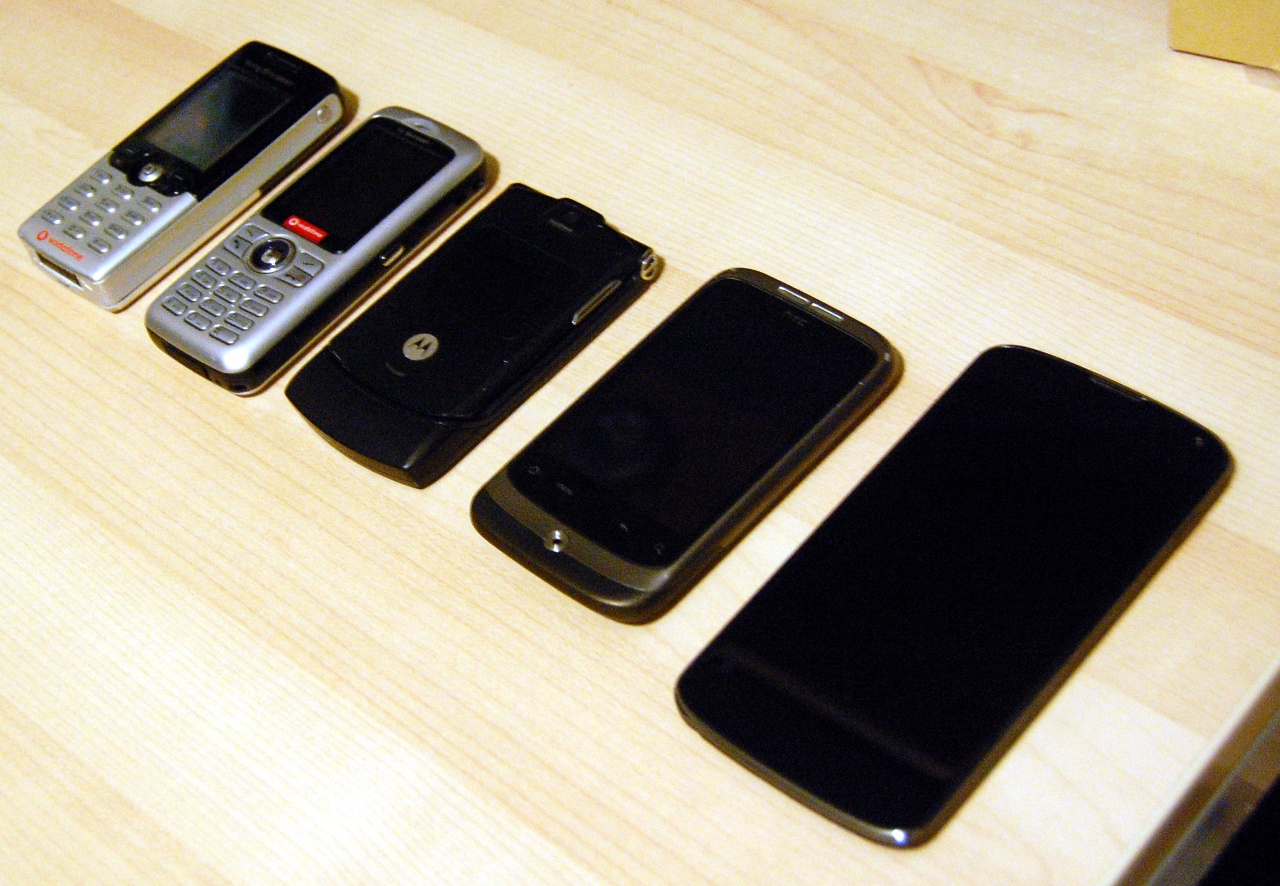 Sadly, this isn’t quite every single mobile phone I’ve ever owned. I was unable to locate my first ever phone for this blog post, which was a huge disappointment. I held onto it for years and years, and if I have thrown it away then it was only in the last two or three years. It was a… 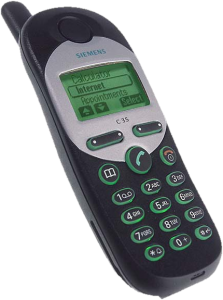 This phone was bought for me by my dad in 2000, while I was at University. It was on BT Cellnet and he paid the bill. I didn’t really use it very much, they mainly used it to keep tabs on me. I remember one day, coming up to final exams, when I had it switched off for the entire day as I was in the library studying. By the end of the day my friends were coming up to me saying “Pete, your mum’s been trying to get hold of you, she sounded really worried.” Turns out, when she’d called me and the phone had been off, she’d gone into a panic and started calling all the recently dialled numbers on the last bill.

One really cool feature of this phone was that it had a ringtone editor. I was incredibly proud of the fact that I programmed in the violin melody from “You Only Live Twice” all by myself. It did have a WAP browser but it was so slow that I rarely used it.

I actually had two of these – I think that at some point I was offered a free upgrade, and I basically asked for the same again. My next phone was… 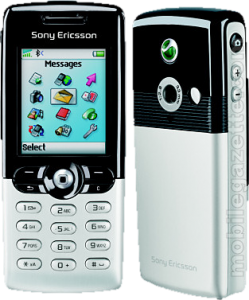 This was a pretty cool phone too. I got this in 2003 and I’d actually been living on my own for 18 months, and decided that it was about time that I started paying for my own mobile phone. I’d also changed jobs fairly recently, and the reception at my new office was atrocious. Switching to Vodafone would give me a much better signal. I’ve kept the same number ever since. It also had a camera that took photos at a whopping 352×288 resolution. 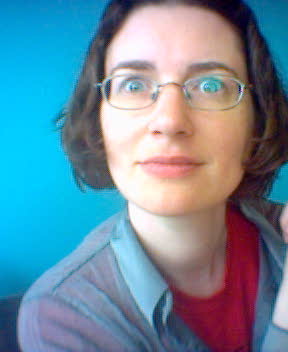 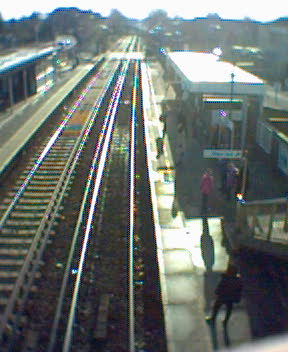 I didn’t use it much, as you can imagine. After a year, Vodafone offered me a free upgrade, so I went for a…

…though to be honest it was more of a downgrade than an upgrade. It was marginally lighter, and the camera was higher resolution, but I didn’t really get on with it very well. The UI didn’t seem to have quite the level of polish as on the Sony, and the undisablable shutter noise just made me explode in disappointment. I think I actually went back to using the Sony. 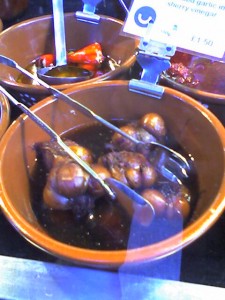 The Sharp GX15 did have a better camera, it’s true. But not by much. (Click for 480×640 resolution original, if you really care that much)

Another year passed (ah, remember the days of 12 month contracts?) and this time I struck gold. I became the proud owner of the utterly brilliant, utterly sexy… 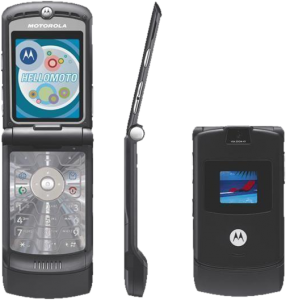 This was a brilliant phone. Yeah, the camera wasn’t any better, but the phone was awesome. Incredibly slim and sleek when it was opened, with a little 96×80 screen on the outside, and there’s something about snapping a phone shut to hang up that can’t be beat. I had a piece of software for my computer so that when I connected the phone via USB, I could hack the phone to my heart’s content. I never went completely crazy, because I didn’t want to brick it, but I did have a little fiddle here and there. Good solid construction too – this phone took a few falls onto concrete and only suffered superficial damage. 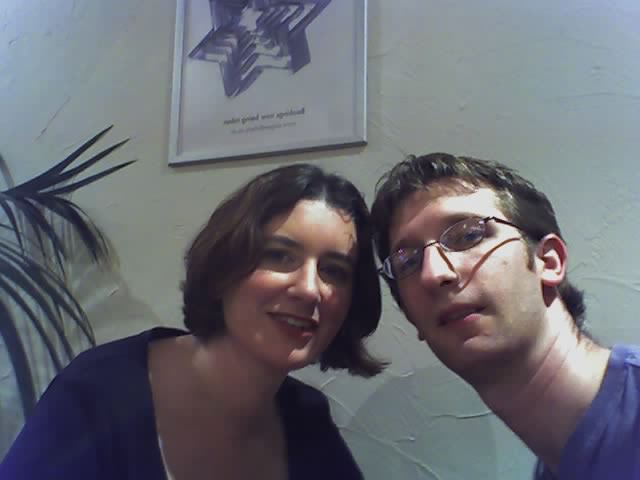 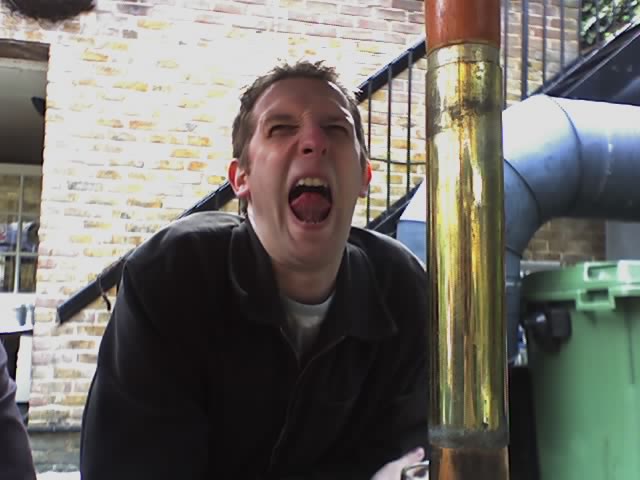 And here’s me looking incredibly stupid

I kept this phone from the end of 2005 until the beginning of 2011, if you can believe that. I switched to a SIM-only deal and just replaced the battery whenever it needed it.

Karen had never had much luck when it came to mobile phones – she always got shitty handsets, or ended up on providers that offered poor coverage in our area. So in late 2010 I helped her get the right deal. She moved to Vodafone, and got a smartphone. I was so impressed that I decided I wanted exactly the same one, and it was time to put the Razr out to pasture. So at the start of 2011, I too became the owner of a… 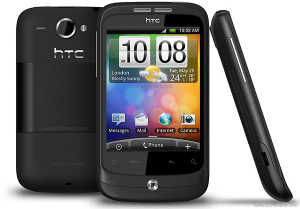 This seemed like such an amazing phone at the time, and to be true it was a huge step forward from the Razr. The camera, especially, was streets ahead. For the first time, I felt like I could take photos that were actually usable. 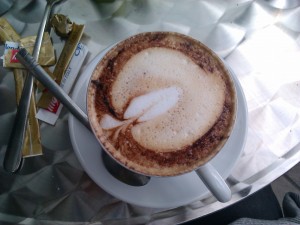 Having my email and my calendar available with me all the time was such a liberating experience. Well, you all know what smartphones are capable of, so I won’t go on for too long about that. After a couple of years though, the phone was starting to show its age. That 240×320 display, for example, started to make me feel like I was looking at a GameBoy screen, and I was always very jealous of the displays on other peoples’ smartphones. The processor was weedy, and HTC really skimped on the internal storage. While it’s true that there was an SD card slot, you couldn’t move all apps to the SD card, and even the ones that you could move would leave 1 MB behind. I found myself spending way too much time managing the “hard drive” space.

I spent a lot of time researching my next upgrade, both in terms of the handset and the contract. For one thing, I was tired of Vodafone’s ineptitude. Every 2 years, they’d lie about the package they were renewing me on. I’d agree to one thing over the phone, and then when the paperwork came through it would turn out slightly different, and always in their favour. After much perseverance, I’d eventually get them to correct it, but it was a frustration that I could do without. I decided to switch to GiffGaff instead. £10 per month, no lying scum devilspawn sales people to deal with. If it didn’t work out, then I wouldn’t be tied in for 2 years.

I also wanted to make sure that my next handset wouldn’t be immediately obsolete. The handset that I was initially looking at was the HTC Desire X – in hindsight I’m glad I didn’t go for this, as it would have been a fairly modest upgrade from the Wildfire. Then, one of my colleagues gave me a tip for which I will forever be grateful… 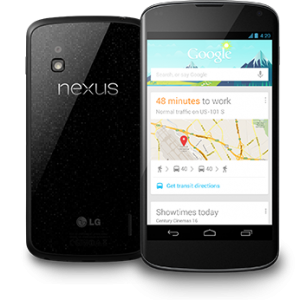 I’ve now had this phone for nearly a year. First off, it’s not without its flaws. Compared to current flagship handsets from other manufacturers, the camera doesn’t perform very well in low light conditions, and the battery life isn’t the best in its class. But other than that, it’s a triumph. Quad-core processor, 768×1280 display, and ample storage space for my needs. It’s still as fresh as the day I got it – if anything it is better, because it is very well-supported for operating system updates. The Wildfire gave me portable access to email, calendar, Twitter etc, but this device is a full-blown computer.

That said, there are some things that it just can’t do. For one thing, I’d never consider writing a long blog post like this on it. I’ve also never really been able to get into playing games on it – the hardware is more than capable, but touchscreen controls and me just don’t get on. I’ve got GTA Vice City but only managed a few missions before coming to the conclusion that I wasn’t actually enjoying it very much. But this doesn’t really bother me, because I don’t expect it to be able to cater to these demands.

The camera, as I have mentioned, is weak compared to the current standards for top smartphones, but that only really shows up in low light conditions. For some examples of its low light performance, see the photos that I took at In The Geek Midwinter. 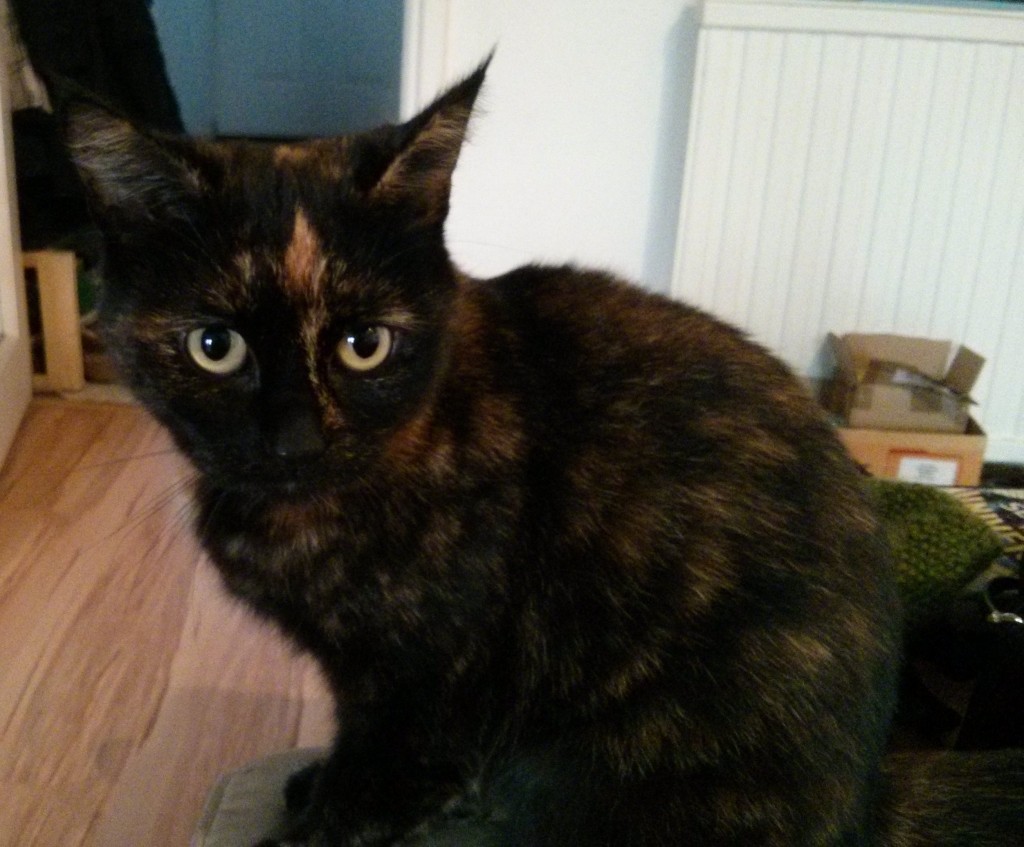 This image has been cropped but not resized – the original was 3264×2448. Click for full size.

One of the features that I really appreciate (which I guess I could have also done with my Wildfire) is the ability to automatically upload photos to cloud storage. No longer do I have to plug the phone in, or use bluetooth, and manually transfer the files across. They just automatically appear on my hard drive next time I turn my computer on. The downside is that it results in me being a bit lackadaisical with keeping them sorted.

Firstly, I’ve set myself a 2 year target, so I’m not even considering replacing my handset for at least a year. However, the beauty of no longer being on a contract is that instead of having to choose a handset based upon what’s available at the time, I’ll just upgrade when a great opportunity presents itself.

I’m not really sure what tech advances we’ll get in the next two years that will drive my upgrade to a newer handset. Maybe that’s just a lack of imagination on my part. What I do know is that you can get a really good handset for a really good price right now (Motorola Moto G, anyone?) and I wonder if the current trend isn’t necessarily for better technology, but making the current best technology available for less.

5 thoughts on “What do YOU do with your old mobile phones?”