It’s not uncommon for me to get a few CDs for my birthday, but this year I seem to have had a particularly good haul. With such a healthy stack to get through, I figured why not make a blog project out of it, and review them all?

Fitz And The Tantrums – Pickin’ Up The Pieces 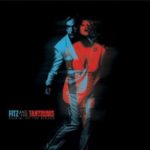 I can’t remember at all, but upon listening to it, the song Don’t Gotta Work It Out seemed particularly familiar, so I guess I must have heard that song – maybe on a TV programme, or a Spotify playlist – and added it to my wishlist on that basis.

It’s very heavily soul/motown influenced, so much so that upon first listen, you might be forgiven for thinking that it’s much, much more than seven years old. Lots of organ and horns, and little (if any) guitar, and all produced to sound as authentic as possible. The lyrical content is appropriate to the genre, in that it is fairly run-of-the-mill stuff about love etc. While the majority of the album has this retro feel that I’ve described, the last two songs are a little different – Winds Of Change evokes more the blissed-out indie pop of The Morning Benders ((who I’ve just discovered renamed themselves to POP ETC in 2012 because they discovered how “bender” is often interpreted on this side of the Atlantic)) or Beach House, and Tighter is a passionate ballad of the purest heritage. It’s all very listenable though, there’s nothing in there that I’m ever tempted to skip.

After all that, I still think I have to say that Don’t Gotta Work It Out, the song that (I believe) originally led me to this album, is the winner. The melody is just sublime. That said, maybe I’m mistaken, and the reason why it seemed so familiar is that the greatest songs always do. You know how it is, you can hear a song for the first time, but it’s just so perfectly formed that you feel like it’s always been with you.

1 thought on “Birthday Albums #1 – Pickin’ Up The Pieces”