Quite a few of the beers in this instalment are from the Big Drop brewery. I’ve had a handful of their beers before, but here are some that I haven’t tried before. 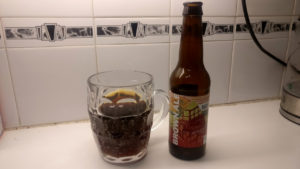 This one seemed very thin and watery out of the bottle. The initial flavour was fairly promising, quite robust and stouty, but sadly there’s also a tang of that stale cigarette smoke quality that is present in the Big Drop Stout, which is one of the first alcohol-free beers that I reviewed and which I also revisited recently. However, it’s much more subtle, and so I found this one just about tolerable. 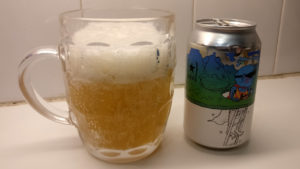 This is a very very nice little IPA. It’s not excessively hoppy, but has a really good creamy mouthfeel. It’s one of the haziest beers I’ve ever seen, it’s like trying to look through a pint of Guinness. It also keeps it’s head exceptionally well. Really, really impressive drink.

You’d expect a Citra IPA to be fairly uncompromising, but this drink was just woefully incompatible with my taste buds. I found it to have an overwhelming metallicy tang and a sharp chemical flavour. I can appreciate that for some people, this might be heaven in a glass, but personally I would not buy this again. 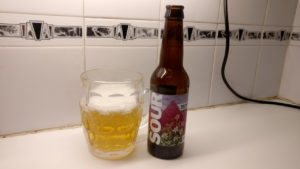 At this point I’m starting to feel a bit bad for all these negative reviews of Big Drop beers, and feel that I should hasten to point towards my highly positive review of Big Drop Pale Ale and Big Drop Hazelnut Porter. With that said, however, I didn’t get on well with this one. I’d rather drink a glass of vinegar. The flavour of this reminded me of the smell of the kettle descaler that we used to use at my old workplace. 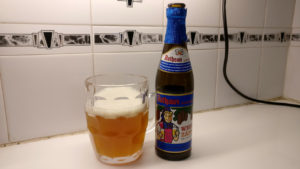 This one was something quite special. It’s a wheat beer and, like many of the other wheat beers I’ve sampled during this series, it really hits the mark. It’s creamy and sweet with a really heavy luscious mouthfeel. I absolutely love it. 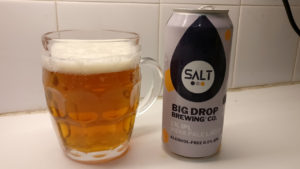 This beer comes in a slightly larger 440ml can, which is why it comes closer to filling up my glass in the photo than most other alcohol-free beers. With the exception of a small number than come in pints, 330ml does seem to be the norm when it comes to the alcohol-free ones.

This drink has quite an interesting heritage, it’s an Indian Pale Lager brewed as a collaboration between Big Drop and SALT, a microbrewery near Bradford that I hadn’t heard of before, who tend to go for bold, ambitious, high-strength beers, somewhat reminiscent of my local Siren.

I wasn’t blown away by this particular beverage. It’s moderately drinkable, but I did feel like it tasted a little metallic and unpleasantly sharp. That said, it had a great feel in the mouth, nice and thick and weighty. So, not the best, but definitely not the worst.

As I mentioned last time, I picked up a nice little batch of six new (to me) alcohol-free beers from The Grumpy Goat, which gave me the ammunition for starting this review. Since then, I dropped in again, and scored another three new (to me) ones, so my next review is looking like it won’t be too far off either. In fact, I’m not 100% sure that one or two of the beers in this review weren’t from the newer batch – I don’t keep track of these things. Either way, we know one thing for sure, and that’s that there are three beers on the shelf, begging to be reviewed. And we’re not going to let them down, are we?