It will be no surprise to you that all of these beers come from this month’s AFBeerClub box. 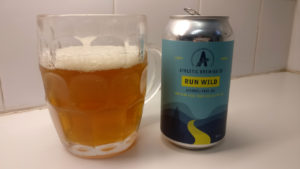 This beer has a delightful deep honey colour, and a smell that is sweet and hoppy and very inviting. It’s a little cloudy, and has a decent head that persists nicely. The flavour is quite sharp and a bit grapefruity. It all feels very deliberate and intentional and executed with precision. 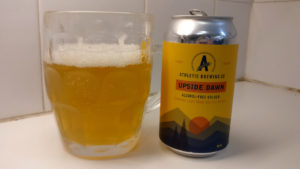 Another beer from the Athletic brewery, this has a rich deep orange colour, and again is slightly cloudy. The head is small but calm, there’s no furious fizzing occurring beneath it. The aroma has a hint of honey and a little hoppiness. I’m in two minds about the flavour, in that I find it a little dull and lacking in ooomph, which makes me feel uninclined to buy it again, buuuuut it’s such an easy drinking beer that when I consider some of the other beers that I’ve given top marks to, it feels like it would be terribly inconsistent of me to not put this among them. 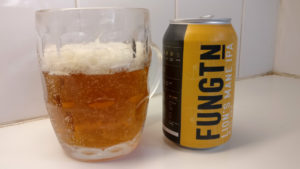 This beer is quite lively, with a somewhat vigorous head. It’s got a robust smell with a really compelling earth maltiness. The flavour is bold too, uncompromising and tangy, in a considered and rounded way. This is a very aley kind of ale, and is a marketplace where so many alcohol-free beers seem to be leaning towards the “hops hops hops” approach, is a refreshing change. 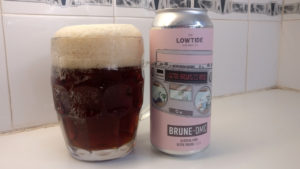 As you can tell from the photo, this beer emerged from the can brimming with vigour, and nearly made a bit of a mess. This beer smells and tastes as dark as it looks, with a little nuttiness in both the aroma and flavour. There is a slight tartness here that feels a bit out of place, but on the whole this is, like the Lion’s Mane, a really great alcohol free beer for those who fancy something a bit darker. And, like that, we have our first clean sweep in this series so far.

I’m spoiled, I really am.