@erzsebel Creeper phone sock is currently at #6 on the front page of /r/minecraft, and rising. #minecraft #knitting31 January 2011

Back when I played Minecraft, before it was cool, Karen knitted me a creeper phone sock (and subsequently some matching creeper socks for my feet too).

This cold is a big one. I just sneezed on the wall. I think I managed to clean it up before anyone noticed.9 February 2011

I want to believe that this was one of those occasions where I made up a story for hyperbolic effect. I do that a lot. But every now and then I slip something truthful in, and it terrifies me to think that this might be one of those.

Argh acid reflux. Feels like there’s a pie stuck in my throat. An evil pie.10 February 2011
Cripes. The Fortune Theatre might be the steepest thing I’ve ever sat in.10 February 2011

These two tweets together on the same day leave no doubt in my mind that this was the day we went to see The Woman In Black. I remember having a bottle of Gaviscon in my bag that day, and swigging from it frequently.

Roses are red, violets are blue. I picked up some Scrumpy Jack yesterday and I’m confident that that’s enough to satisfy you.14 February 2011

This image might explain it: http://i.imgur.com/dQARA.png – look in the top left corner.16 March 2011

While that image link does still work at the time of writing this, I want to embed the image below as well, just in case, because this is what web browsers looked like in 2011 and it’s glorious: 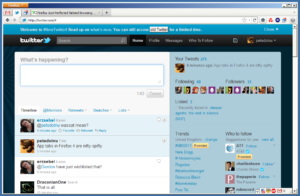 I had to cut down on my pork pie intake due to health reasons. This tweet was from a simpler time, back when I was barely into my thirties and could eat whatever I wanted.

A pair of delightful idiots. 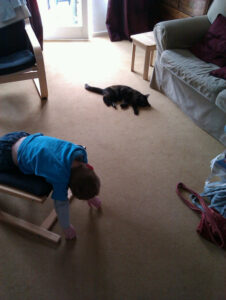 Lots of nostalgia in that photo, including a cat who is sadly no longer with us.

@notch My girlfriend raised the point that Minecrafters are at risk of scurvy. We need occasional apple drops from tree leaves.1 May 2011

If you’ve ever wondered where the idea for apple drops from trees in Minecraft came from, it was me.

Last night I dreamed the most beautiful song in the world. In my dream I cried because I knew I wouldn’t be able to remember it when I woke.23 May 2011

Dreaming the most perfect song in the world is something that happens to me quite frequently. The bit about crying though – that was a special occasion.

And in case you’re wondering, no this is not one of those occasions where I made up a story. This happened, and I remember it happening. Sadly, I do not remember the song.

Car in the garage. I sense it will be one of those quick jobs, where they are calling me to come and collect it before I even get to work.10 June 2011

It’s not profound or anything, but it does possess a certain beauty.

In July there are a few tweets and retweets about the News Of The World hacking scandal, and also some stuff about my home brewed beer.

TIL some people use *three* spaces after a full stop.16 August 2011

Sounds like it must have been a bad day.

Pub lunch. Pub dinner. That is how you know you are on holiday.26 August 2011
Ignore my last tweet. We have added a pub breakfast to the sequence. Wondering if we are going to shoot for four in a row.27 August 2011

My cat woke me in the night by kissing me on the arm. Cute, but weird.12 September 2011

Maisy was such an adorable little bundle.

We’re having the fireplace ripped out today. I’ve discovered hidden treasure under the mantelpiece. 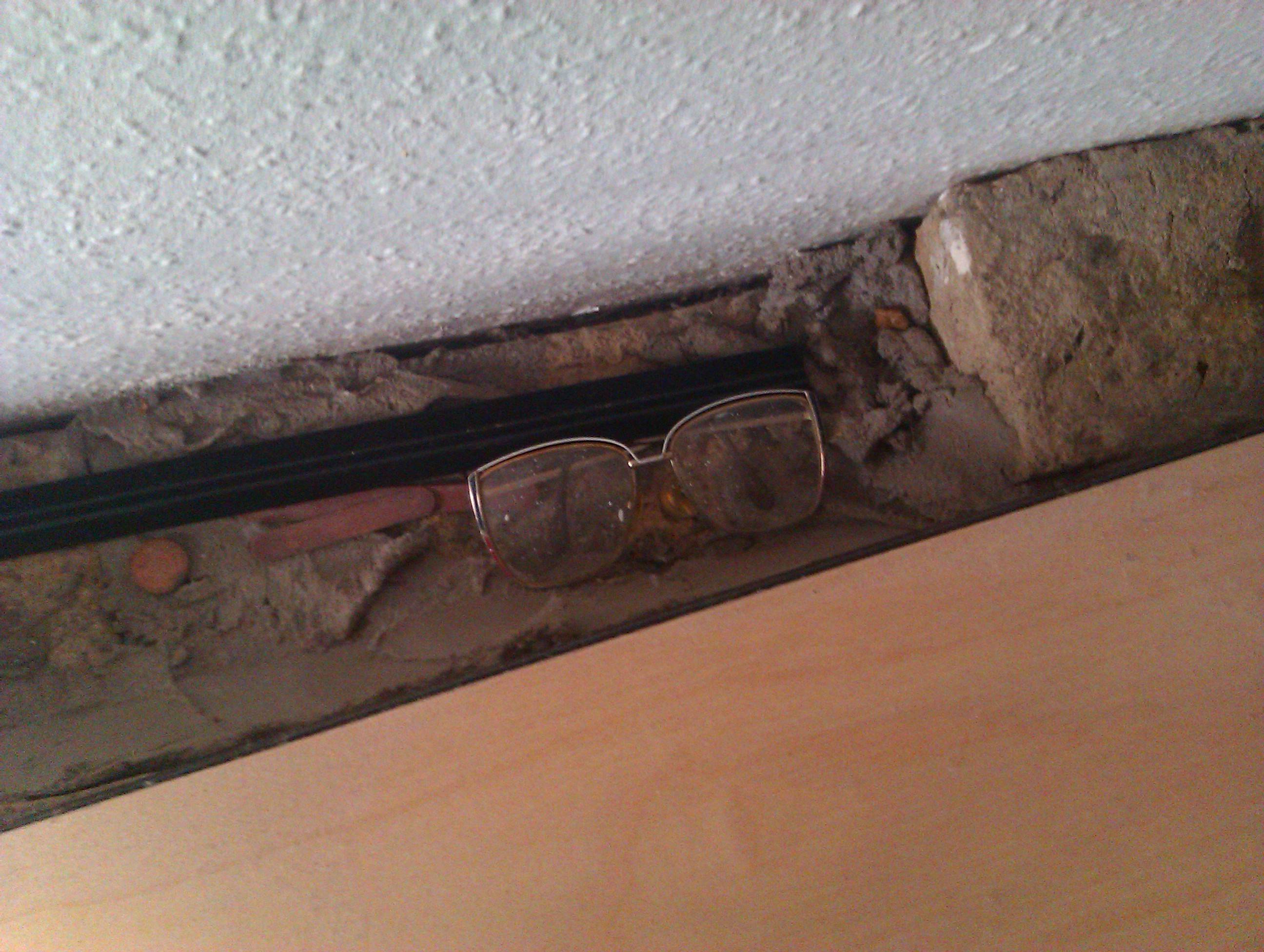 After having the bedroom redone the previous year, in 2011 we did the living room. I was particularly tickled by this pair of glasses that had been left inside the old fireplace, and wondered about the person who left them there, and whether they spent the rest of their life wondering where that pair of glasses could have got to.

Lambda is my favourite Greek letter. It always makes me want to dance.7 November 2011

And now I’ve got that song in my head.

Going to be living under the Water Tank of Damocles for 5 days. Contains scenes of aquatic peril.10 November 2011

We discovered a split in the cold water tank in our attic, which we then had replaced. I remember the plumber working quite late one evening to get the job finished, for which I’ve been forever grateful.

No, I can’t, and I refuse to believe that 2011 Pete could either. I think he was just being a tease.

Being a teenage girl must be exhausting, what with all the shrieking.29 December 2011

And, to finish off the year:

I was poised to condemn the dining options at Kings Cross. And then I remembered – pasties!30 December 2011

The first tweet for 2012 is a beaut, but you’ll have to wait until the next instalment to find out what it is!