2016 gets off to a wonderful start with one of those tweets that hints that there must be more to this than meets the eye.

You know how funny it is to repeat everything someone says? It’s even funnier if you do it in appalling French.2 January 2016
“Hey guys, are you having a good day?”
“Are you soliciting for charity?”
The smile freezes on his face. An eternity passes.
“Yes.”15 January 2016

I can imagine the slow dawning in his mind as he wondered if he could lie his way out of this one.

When a famous person dies, there is often quite a big fuss made of it on social media for a few days. I never generally get involved in that sort of thing, because what can I say that hasn’t already been said? The tweet above was my only acknowledgement when David Bowie died, which now in hindsight feels insufficient, given that we now know that it threw the entire universe off of its axis and the whole world started going to shit thereafter.

Horrid Henry: The Teenage Years would be an interesting spinoff to watch, as he realises he doesn’t have to conform to other peoples labels.31 January 2016
I’ve just realised that I don’t have much in the way of beer at home. Might be a whiskey evening.5 February 2016

It’s quite amusing reading back all these tweets about beer and whiskey and other alcoholic drinks, because I know the plot twist that’s coming.

After the last valentine’s day tweet, these are far more tolerable.

Waitress keeps correcting my pronunciation of tortilla. By which I mean “correcting”.21 February 2016

I wonder if she was trolling me.

Just noticed that the boy is nearly as tall as @erzsebel. When the flip did that happen?8 March 2016

Got some news for you, pal.

I need some help from other parents. My kid seems to be going through a Bossa Nova phase. Is this normal?15 March 2016
The Girl From Ipanema is blazing from his bedroom at all hours.15 March 2016

The first of those two got a like, AND a retweet! Not very often I land one in both columns.

This tweet has very little context around it, but I can tell from the date what this was about. After having been working at the same company for over 10 years, I was starting to look around, and things were starting to look quite promising with one particular company. It was finally starting to feel real that I might be handing in my notice any day now, which was a huge deal to me.

I created the account explicitly to communicate with someone who was not willing to communicate via any other means. They ended up being a total flake, so I was able to deactivate this account reasonably soon thereafter.

There’s a person sat opposite me on the train with a really tangled headphone lead. They don’t seem to care. What is this.8 April 2016

Horrifying. Someone out there “liked” this.

The cat is moulting, leaving little faint shadows behind everywhere she sits.7 May 2016

I call that poetry.

Once more I excel at the actor identification game. Tonight, Alan Tudyk in Frasier S08E048 May 2016

Still bragging about that, eh?

Today I’m going to be starting on building my shed, with help from @Gammidgy. Where to put all this topsoil? 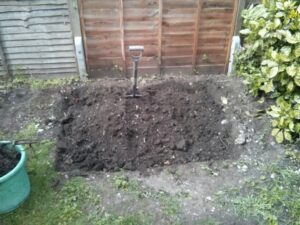 The shed was quite a big project. For this first portion (making a concrete platform) Gammidgy did all the work while I took copious photos and updated Twitter.

If peshwari naan was a crime then I wouldn’t be able to finish my curry.14 May 2016

This tweet occurred in the midst of my regular annual series of Eurovision-related tweets, so I imagine that this was probably some witty gag based on some similar-sounding lyrics. It got an unprecedented two likes and one retweet!

Shedbuilding 2016 going nicely. @Gammidgy I feel like the concrete platform may not have needed to be this big. 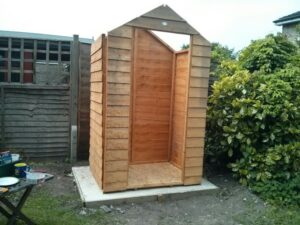 After allowing two weeks for the concrete platform to dry, my dad came over to help erect the shed itself. 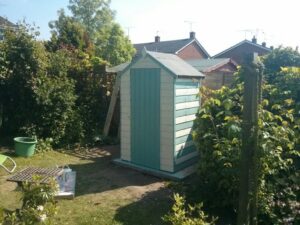 Pretty nice looking if I do say so myself. I will admit that it doesn’t look quite this pristine six years later.

Of course, a big thing happened in June 2016, and as is par for the course, if everyone is talking about it then you know that I’ll probably be making minimal contributions to the conversation. 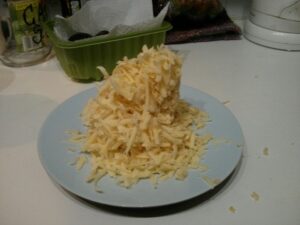 The secret to enchiladas is more cheese.

My favourite aspect of the Carcassonne Inns & Cathedrals expansion is our house rule that you must name every Inn.23 October 2016

I love this house rule, and I also love that this tweet got me two retweets and two likes, which is probably a new record. I haven’t been paying complete attention, I must confess.

The Thames is fairly unimpressive for the first mile or so. 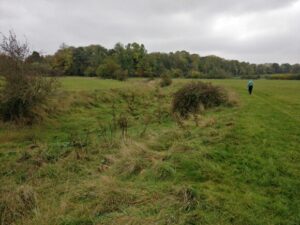 The start of our Thames Path walk, which was a fairly hefty project that we didn’t complete until 2018.

Today we bought a new sofa which means we can no longer ignore the problem of trying to get the old one out.26 November 2016
Getting it in was nigh on impossible. Since then, we’ve replaced our front door. The new one is slightly narrower.26 November 2016
In conclusion, shiiiiiiiit.26 November 2016

The replacement of the sofa is another one of those life-changing events that I couldn’t allow to pass by without some kind of acknowledgement.

This will never work. For one thing, no flammable material has been provided. For another thing, fire can’t even read. 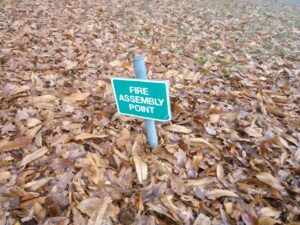 This is funny and you know it.

Listen to “It’s Only Love” by Bryan Adams and observe how Tina Turner telegraphs her impending arrival with a searing battle yell.26 December 2016

And this was my final tweet of the year. Another one of my oblique references to current events, in this case Richard Hammond had implied on his TV show that straight people don’t eat ice cream, which naturally didn’t go down terribly well with anyone with a shred of decency.

There we go! Another year down!