Welcome back! We continue to make inexorable forward progress through the years until we catch up with the current day.

We’ve bought a new keyboard. Bernard is currently exploring the higher-numbered voices, and I can’t help but be reminded of Ross in Friends.6 January 2018

Ah, I see we’re past the “violin” phase and into the “piano” phase.

I’ve got some eyedrops called Brolene and I can’t look at the box without hearing Dolly Parton in my head.8 January 2018

So looks like I’m going to be using Brolene for the rest of my life then.

I stopped using Brolene. I know, I know, such a bad man.

I’m working on a joke about a Spanish barista and a vegan. It’s going to be brilliant when it’s done.29 January 2018

Not only did I never get round to finishing this joke, I’ve lost track of where I’d got to. Looks like I’m going to have to start all over again.

Roses are red
This is a tweet
I feel like being offensive for no reason
So fuck you in the feet.15 February 2018

Compared to some of my previous valentine’s day tweets, this one’s positively family-friendly. I like it, it has a lot of fine qualities. 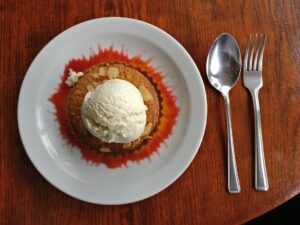 I hope it tasted as good as it looked!

Hahaha just heard a couple of ticket inspectors on the platform complaining about passengers who make a scene. One had a theory that some passengers get some sort of power thrill from making a kerfuffle in front of a crowd. A startling lack of self awareness there.16 April 2018
He was also talking about how often he wants to punch them, but knows that he would instantly lose his job. That, apparently, is the sole thing preventing him.16 April 2018
In unrelated news, wonder why more people don’t use public transport.16 April 2018

I use public transport a lot less than I used to, but that’s for different reasons, which we will get to in a couple of years.

Ah hairball season. Is there any sound more pleasing to a cat owner than that familiar hroika-hroika-hroika.11 May 2018

Not a bad effort at capturing that recognisable sound. Maybe needs to be a bit more gutteral.

So it seems like the day we’ve chosen to walk the Thames Path through London is also the day that every teenager in London is doing a sponsored walk along the Thames. The experience is not a wholly tranquil one.22 June 2018

We’ve been gradually working our way along the Thames Path since we started in 2016, and I generally didn’t bother posting updates to Twitter (except on special occasions). We’re now reaching the final couple of stretches, and I was gave pretty thorough updates during the bit through London, including:

If anyone’s looking for a free inflatable sex doll, there’s one floating in the Thames at Greenwich.24 June 2018

A couple of weeks later, while at a festival:

I wonder if my phone is able to automatically detect when I’m wearing sunglasses, and increase the display brightness to compensate.2 July 2018

The tragic thing about this one is that I’d written basically this tweet a year earlier:

I think that it might have been world cup season.

The local camping exhibition was very quiet today. It’s almost as if everyone is in the pub or watching telly or summat.7 July 2018

The ducks on this particular canal are provably psychopathic. Duck Attack (open on YouTube)24 July 2018

We went on our second narrowboat holiday (the first one was in 2015). This was the only tweet I posted during the holiday. During this holiday I started getting severe recurring acid reflux, which then led on to other health issues, and was basically the event that led to me giving up caffeine and alcohol (almost) entirely. Quite a big turning point in my life, and I think you’ll probably notice the change in me almost straight away.

Funny how we change as we get older, isn’t it? Once upon a time, I’m sure that giving my first ever stool sample would have been an event worthy of a long blog post. But I’ve softened with age, and let’s faece it, nowadays I find myself deturd.31 July 2018
I like my coffee like I like my other caffeinated beverages, alcohol, fizzy drinks, spicy food, and fat – embargoed for a few weeks owing to high stomach acid. Hmmm, this joke wasn’t very funny.3 August 2018

Yep, even by my usual standards.

The end result of the Uborka Family Irregular Garage Clear out and Tidy. A before photo would have helped you appreciate the scale of the task, but then I don’t want all your mental breakdowns on my conscience. 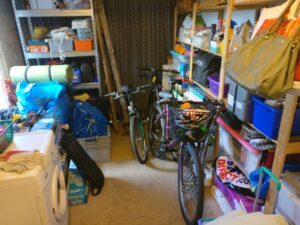 Clearing out the garage is always such a satisfying and rewarding task. 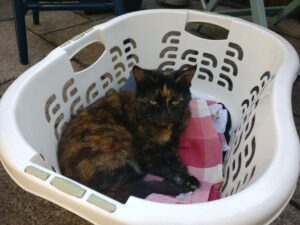 Photos of Maisy sitting in weird places must always be posted.

I’m reading a biography of Robert Smith and I’ve reached that point where the word “goth” just looks like a weird jumble of letters. #SemanticSatiation28 September 2018

Karen’s dad has traditionally given me biographies of musicians and bands for birthdays and Christmas presents. Safe to say that often they are not books that I would have chosen for myself.

You know when people reveal that the first word of their last few hundred tweets have actually been constructing the lyrics to a famous song? Tempted to try that with “Baby Shark” but I reckon people would figure it out pretty quickly.23 October 2018

Do you think that they would? Do you? 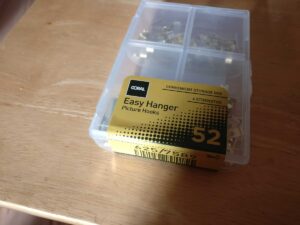 It feels like whenever other people post this sort of thing, they get tens of thousands of retweets. Why not meeeeeee?

My transformation into alcohol-free-beer-Pete has begun. Don’t worry, it gets better.

The cat has barely left this box for the last 24 hours. 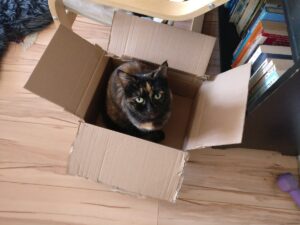 She really liked that box.

The thing noone tells you before you buy a Zafira is that if you pull up outside a pub at half past midnight then within twenty seconds you’ll have people approaching you asking if you’re their taxi.15 December 2018

This actually only happened once, but the event definitely stuck with me.

@jamiepaulcullen I found your cactus 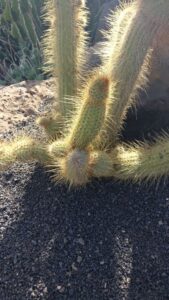 One thing I’m realising, while going through all these tweets, is how guarded I’ve generally been about my personal life. There was so much that I could have written about our trip to Lanzarote, about the food and the landscapes and the novelty of getting sunburned on Christmas day while sat around the pool. So many fantastic photos I could have posted. But no, all I post is one photo, and it’s a knob gag. I dunno, maybe one of the reasons why I tend to publish so few tweets when I’m on holiday is that I’m busy enjoying the moment. That would be okay.

Stay tuned for 2019, there will be more cat photos!