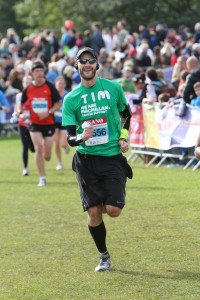 Yes.  We bought a nice Victorian end-terraced house in West Bridgford in January 2003 and we’re still there.  I’m in more-or-less exactly the same job too, certainly in the same place (the vagaries of outsourcing and insourcing mean my actual employer has changed a couple of times). My friends tend to tease me about this, but I honestly couldn’t care less.  I like our house.  My job… well, it’s close to my house.  My wife travels a lot for work, but I’m a bit of a homebird really.  I stay in and feed the cat.  Nottingham is nice enough, but I’m not sure I really see it as home, even after more than fifteen years here.  We took time off work (after my diagnosis with MS) and traveled for several months in 2010.  It was brilliant and I’d like to do more of it.  There’s so much world to see and so little time.

Well, I’m a thinner than I was in 2005, but I think basically the same and probably recognisable (if you knew what I looked like before).  I’ve actually got a beard at the moment too, mainly because I saw a picture of myself the other day and I looked so gaunt that I felt I needed to take drastic action to cover my sunken cheeks.  I don’t know if the beard suits me, but I feel oddly manlier just for having it.  Beard and tan brogues.  I am the very model of the modern metrosexual.

Probably wi-fi.  If I didn’t have that, then I would have been blogging from pretty much exactly the same spot for the last ten years.  The same house is fine… but the same spot would be a little depressing.  Mobile Internet is also an amazing thing.  I’ll often pause in the act of looking up some obscure fact on my phone to settle an argument in the pub to remember how I used to wrestle with the utter crapness of WAP.  I discovered Abkhazia’s struggle for independence from Georgia purely as a result of a Google in the Stratford Haven to settle an argument on the nation that comes first in alphabetical order.  This then led to another debate about whether a “de-jure independent state” counted as a nation, or if it was Afghanistan after all.

Yes.  I started blogging at the beginning of March 2004 and I’ve been a pretty consistent 5-times-a-week blogger ever since.  In 2009 I switched alter-egos from “SwissToni” to “Swisslet” and changed URL, but I seem to be unable to kick the habit.  I’ve dabbled with Twitter and Facebook and the like, but I keep getting drawn back to longer-form writing.  I think it scratches a creative itch that my job does not.  I fear this is a displacement activity from writing “properly”, but I can’t seem to stop.  I don’t think it’s even about an audience: I just have this compulsion to write.

Why the change from SwissToni to Swisslet?  It was an identity casually adopted and I began to chafe at not having my own online identity. I’ve never considered blogging under my real name, even though I don’t think that’s especially a secret.

My marriage.  I met C back in 1997 when I first moved to Nottingham, and we finally married in 2007.  I didn’t think I was that bothered about the whole thing, but actually I really do cherish the extra commitment that marriage signaled.  I’m not terribly romantic on the whole, but I’m undoubtedly a better person for having her in my life.  She’s a patient woman.  That said, I’m also quite proud of a half marathon time of 1hr 51mins 59s too.  A lot of sweat went into that!

Gordon wanted to ask you:

1. You don’t half blog a lot about music, what is the big deal, why is it so important to you?

I feel like a fraud.  I do spend a lot of time writing and talking about music, but I do wonder sometimes if I genuinely love it, or if I have a sort of train-spotter’s mentality to it and like to pick it apart more than actually listen to it. I know a lot about it and have a lot of it, but am I one of those people who would cease to function without music? I’m really not sure. I’m an analytical person, by the way.  Can you tell? Mind you, my first great musical love – after Nik Kershaw – was heavy metal, and I’m not sure any amount of analysis can explain why I ever bought “Open Up and Say….Ahhh!” by Poison.

2. It’s been a few years since your MS diagnosis, you’ve described yourself as ‘stoic’ in the past, and god knows you are way more active than me, what keeps you going?

I woke up with a numb hand in July 2005, but wasn’t actually diagnosed with MS until the late summer of 2009.  By the time I actually was diagnosed, I’d long since come to terms with the fact that I probably had MS and that there was little that I, or anyone else, could do about it.  I do think I sound excessively stoic when I write about this, perhaps downplaying my condition, but the simple fact of the matter is that shit happens and life goes on.  There are lots of people with MS far worse affected than me, that’s for sure. You can either feel sorry for yourself or just keep buggering on.  I chose the latter.  I’ve been injured a bit this year, and had to face up to the fact that my MS is starting to impact my ability to run and that one day it could stop me running altogether.  I actually found that really hard to deal with and realised for the first time quite how much my own internal sense of wellbeing is bound up in my physical exertion.  I’m not a natural athlete by any means, so what keeps me going?  The thought that if I stop I may never be able to start again.  It’s probably as simple as that.

3. What was the last blog post you commented on, and why?

Well, it was here, Gordon!  Why?  Running club, of course.  Blogging is changing though: most of the blogs I have been reading for years seem to only update very rarely, and many have fallen away completely.  It’s not like it used to be, is it?  I engage with people a lot more frequently on Facebook (which I only joined in 2010 to share photos with the people I met travelling).  I feel a bit sad about that.  Long form blogging is a distinct medium and I miss that interaction.  Probably I’m just not looking hard enough.

And in addition, just how tall are you?

Thanks for having me.  Sorry I’ve never learned brevity in ten years of blogging!

6 thoughts on “Where are they now? An interview with Swisslet”