We have spent most of the last two weeks existing on bread, cheese, pate and red wine. 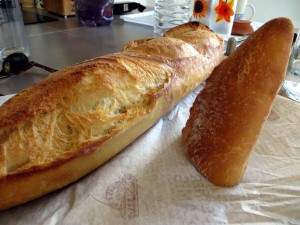 About a year ago my mum surprised me with the news that she had decided to retire to France. What’s more, she’d found the right house, though it would take a bit of fixing up. We set a date for a two week holiday, and this then became the deadline for phase one of improvements. Her bloke has been working hard on the house for the last eight or nine months, and she’s been going back and forth a bit, working on the house when she didn’t need to be in this country for work. With the exception of the swimming pool, which they haven’t been able to start yet owing to red tape, the place looks fantastic.

The location is adjacent to an old chateau that mostly burned down in the 1940s. 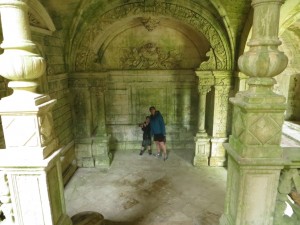 The surrounding village used to be apparently a thriving community, until a bypass was built 5 years ago. It’s now a lot quieter – the school closed down, and only one boulangerie and a cafe (which we never saw open) remain. The remains of older businesses, cafes and epiceries and so on, are still evident. 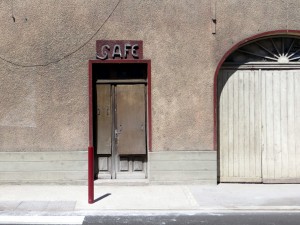 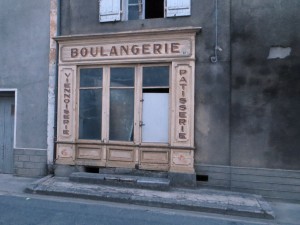 We didn’t just eat cheese and pate. We had some barbecues too. Apart from barbecued spring onions, we barely ate any vegetables all week. 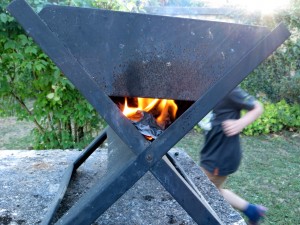 The grounds of the chateau, as you can imagine, hint at greatnesses of yesteryear. Some areas are still kept well-maintained, but a walk through the woods will lead you upon neglected edifices and constructions. 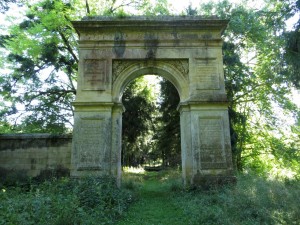 On the way back home we stopped off in Paris for a couple of nights. It’s the first time I’d ever been to Paris, and we packed a lot in. In the first afternoon alone we charged past Notre Dame, the Pompidou Centre, The Louvre and the obelisk at Place de la Concorde, before ending up with a picnic under the Eiffel Tower. The lights came on shortly before 9pm, we watched that for a while, and then were back at the hotel for 10pm. This is a very late night for a 7 year old. 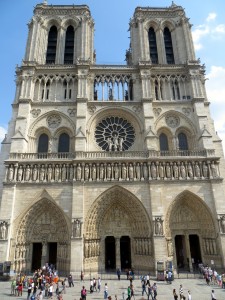 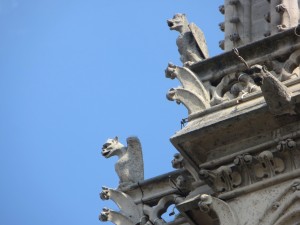 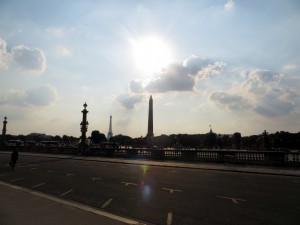 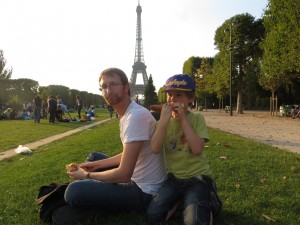 On day two we took things a bit easier. We got off the metro and walked up to Sacré-Cœur through an area that reminded me of a stretch of Broadway in NYC somewhere between 34th Street and the Flatiron building, where for a couple of blocks shops selling cheap crap spill out onto the pavement and you’re nearly forced into the street. Straight off the metro there were about eight thousand guys trying to sell us cigarettes, but then the transition back to the touristy area, once it had begun, only took about 50 metres. 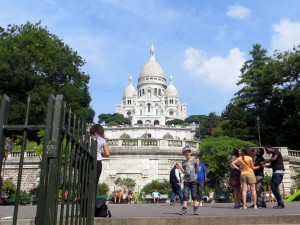 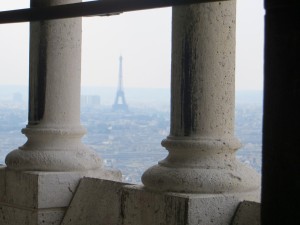 We also had a little walk around the 18th arrondissement. Karen later confessed that she had thought we were walking south when in fact we were walking north, but that doesn’t matter because we made some fun little discoveries, and we had the necessary technology to find ourselves again.

My favourite subjects for photography are the sorts of small things that you wouldn’t like to find in your sandwich. This holiday gave me plenty of opportunity for that, including dragonflies… 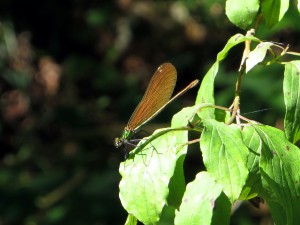 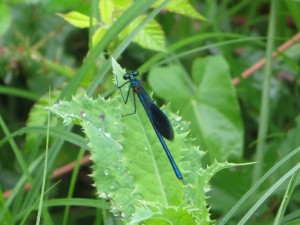 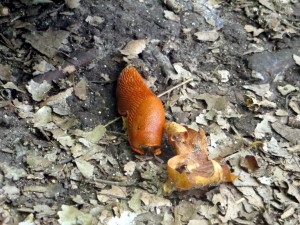 …and wherever there was a stone wall you could be sure to find a few of these little geckos around the place. 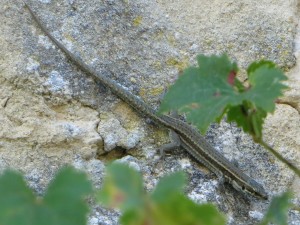 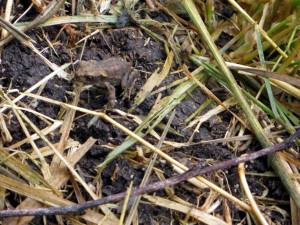 Another thing that you wouldn’t want to find in your snack is a dragon. The console between seats on this particular TGV reminded me of a dragon, albeit a happy one. 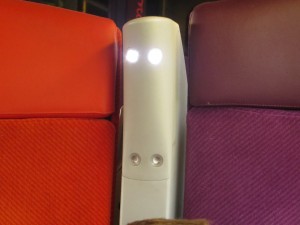