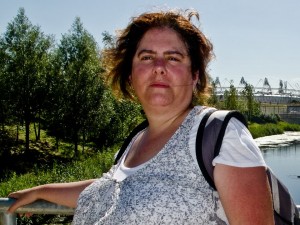 Yes, ‘Gert Cottage’. But the immediate environment has changed considerably, with a block of flats having been built in front of us, and my once scruffy back alley is now a gated community of 4 18/19th century cottages and 4 2013-built townhouses.

I would expect so. I steadily get larger but otherwise i don’t think I’ve changed much in decades

I think Facebook is here to stay. I don’t particularly like it, but like many people I find it useful for keeping up with extended family news. I think most people will dip in and out of using it, especially now the novelty has worn off for most. I think people are becoming more wary of the side-effects of being too open or trusting on social media sites. I much prefer Twitter but have been trying to step away a bit, because it’s an enormous thief of time which could be spent reading far more books, for example

I couldn’t imagine life without the internet. I use it a great deal for buying things, because I’ve never liked shopping anyway, and nowadays generally regard trudging round shops as being too much of a drain of energy. I must use Wikipedia a dozen times a day and I now always go to Trip Advisor to look for restaurants and occasionally hotels in unfamiliar towns. It’s my main source of news, including the ‘hyperlocal’, which is a horrible word but a great concept. I just wish it had existed when I was young.

Yes, but it’s entirely different from back there. I used to blog just about every evening and sometimes during the day, and a lot of it was stream of consciousness or holding forth on opinions. I wasn’t alone in spending a good couple of hours in the evening going round other people’s blogs, leaving comments. It suited then, because my partner was early to bed early to rise so I barely saw him on work nights. But things are different now.

I use my blog now for more structured pieces, driven largely by photos I take. I can see that my photography has improved, and years ago I cited blogging as something that made me go out and do things and visit places. My hit count is a lot less now, and I think that gives me more freedom. I can’t imagine why anyone would wish to read my blog on a regular basis, but I hope people enjoy what I write about places they want to visit.

I’m tempted to repeat what I tried to get away with as a work objective ‘turn up to work more or less on time most days’. I’ve never been hugely goal oriented, not even liking New Year’s Resolutions. But in the past year I have had both ‘Graded Exercise Therapy’ and Cognitive Behaviour Therapy, for pain management, and have been doing yoga and studying mindfulness. None of these are goals in themselves but are ways of enabling me to live as full a life as possible. My birthday’s in February, so if I can look back over the winter and know that I’ve applied these techniques and enjoyed life, that will be with a sense of achievement.

Given your love of opera and the general failure of most people I know to give it much of a chance, which opera would you say was most accessible for those who’ve never really thought much about it?

It does depend on what your musical tastes are. There are assumptions that novices will be most attracted by pretty tunes, but I think many people are familiar with rock music that isn’t especially melodic. That having been said, Carmen is packed full of tunes familiar to many people from ringtones, adverts if nothing else; a super tragic story, some strong characters, and lots of opportunity for great staging. Tosca, similarly, and quite short, not just in actual time but it also seems to pass very quickly. For people who are open to something less melodic, Benjamin Britten’s Peter Grimes is superb, very evocative of the sea, and conjuring up this wonderful claustrophobic atmosphere of a Borough that treat this fisherman with deep suspicion – well, he does tend to have apprentices (ex-workhouse boys) who come to unfortunate ends out at sea. A splendid 21st century opera is Dr Atomic, about Robert Oppenheimer and the Manhattan Project, and incorporating elements of the Bhagavad Gita.

Nowadays operas are often broadcast to cinemas; the ones from New York are live, on Saturday evenings during the winter and early spring. It’s not the same as actually being at a live performance, but for most people easier to get to, and less scope for (misplaced) social anxiety.

You went to University in Nottingham – what did you most like about the place?

I loved the campus, but to be honest I didn’t especially enjoy University. I thought I did at the time, but in retrospect I could have benefitted from a year or two post-school to do some serious growing up. Nottingham’s a wonderful city. It has everything there, culturally and so on,  but isn’t so large and sprawling in the way that, say, Manchester (where I grew up in the ‘burbs) is. It has a uniqueness about it. But as a student I didn’t really appreciate the city – for example I don’t think I ever actually went to the River Trent, and I certainly didn’t take advantage of all the gorgeous countryside just on the doorstep. Not just the Peak District – a few weeks ago I passed through Ratcliffe-on-Soar, and, notwithstanding the power station, I remembered how lovely it can be round there on summer’s evenings

You were politically active in your University days, and are clearly still well-informed on politics in general. Would you say your political views have evolved over time?

I would like to be more active now, but activism involves a lot of walking – ‘pounding the pavements’, which physically I’m not up to, but also time commitment. I don’t want it to dominate my life any more. I tend to oscillate between being quite radical and quite pragmatic. I feel quite radical now but I suspect that as the General Election approaches I’ll be more cautious, conscious that policies that are very radical don’t play well in the media. I think people come round eventually, but it’s natural to want time to adjust to new ideas. I think that 20+ years working in Central and Local Government makes me somewhat fatalistic. My reaction to many things is “Great idea but how will it work in practice” or “what a stupid idea, haven’t thought through the impact?”!

a) There’s a fair age gap between your two children. Have you brought them up very differently, and how much of the Toddler’s upbringing is delegated to the Teenager?
b) You cycle quite a lot. Are you a Lycra Lout, or the dream demographic – suburban mum on a bike? (Or a bit of both?)

2 thoughts on “Where are they now? An interview with Gert”