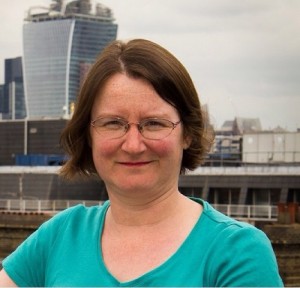 Yes, although in between times I have spent 2 years in New York.

Possibly, although in the last year, I’ve lost 4 stone, which means probably 2.5 stones since 2004!

Changes continue, but there’ll be more of the same. new social platforms will rise and fall, but Facebook is pretty entrenched and will be there for a while. Contextual tech will show the biggest change and growth, the biggest impact on how people live and throw some of the biggest challenges. and one of the largest challenges coming up is around privacy – both ‘given away’ as we swap data for usefulness, ease and added value from commercial companies, or taken as governments demand the right to read everything we do. If I’m doing nothing wrong I should still be concerned over the government wanting to read and see everything.

I blog, but less often on blog.bibrik.com. My professional blog has died a death, but the activity has not transferred elsewhere really. I don’t pass comment on digital campaigns anymore. I love twitter and a lot of energy goes there.

I’m going to run a marathon. Running is not my thing, I’ve avoided it for so long. But with my focus on health and wellness this year, it has become the best way to do that. I entered the London Marathon on a whim before I knew if I would like the running; now I have a place and I’m going to complete it!

You are training for a marathon, what do you do to distract yourself when you train for longer distances?

When I started running, I load up up the phone with music and let that distract me. Along with the minute updates from RunKeeper. But as I’ve got more used to it, I’ve used music less and less. I’m not really a music person anyway, own very little of it and even less that is suitable for running!  What I’ve tended to do for the longer runs is use podcasts, like In Our Time, and try and learn new things as I run. However, I’ve not used headphones for either of the half marathons I’ve run, being quite happy just running along. So it looks like my brain can be quite happy thinking or just cruising along without too much external distraction

I am always surprised at how many job applicants have completely open Facebook profiles. Is there anything which surprises you time and time again when it comes to technological savviness from people who grew up with the technology?

That technological savviness by people who grew up with the technology is a myth. A digital native is a myth. Yes, social media, online networks etc are almost ubiquitous amongst people who never knew life before the web, but it does not mean they have the faintest idea how it works or what it does.  I’m continuously surprised at how surprised people are about how easy this stuff is to find. If you are older, then there is a possibility that you question what the platforms are doing because they are different- but again, not always.   Saying that, there is some very sophisticated use of the privacy settings, of how these platforms are used and how they can navigate safely through the growing up phase, when peer pressure means you have to be on them to know what is going on in your network – if you’re not connected digitally, you’re not connected socially. There can be careful judgements made about what you can put up that won’t lead to bullying etc.

Rachel hasn’t nominated our next interviewee, but we’re ready to change the format anyway. For a little while, we pick the subject, and you pick the questions. Next week, we’re talking to Aquarion. Do you  have any questions for him?

1 thought on “Where Are They Now: An interview with Rachel Clarke”