Today we went to Marwell Zoo. It’s a proper zoo, with giraffes and tigers and camels, like back in the old days. I took a fair thwack of photos, while looking enviously upon those with long lenses, but here are a small selection of my favourites. 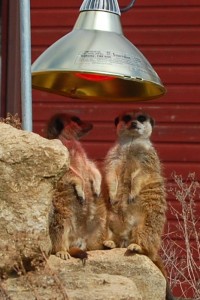 It was a somewhat chilly day, and if you couldn’t immediately find an animal in its enclosure, then the odds were that it was inside its little kennel, dozing underneath its heat lamp. The meerkats were no exception. 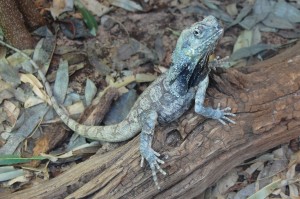 The one warm place was inside the tropical house, where a frilled lizard gazed upon me with an air of wisdom. 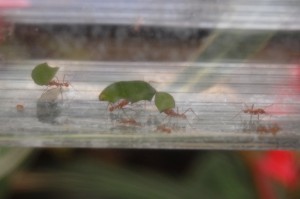 Also inside the tropical house were two perspex boxes on opposite sides of the room, connected by a clear tunnel, through which industrious leafcutter ants trekked back and forth, bringing snippets of leaves from box A and delivering them to their nest in box B. 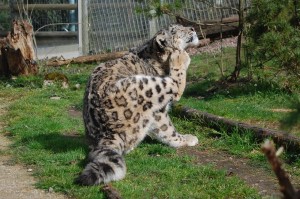 A snow leopard padded past on its heavy paws, dragging its thick tail behind it, before sitting down and scratching its ears in a very small-cat kind of way.

We also picked up a few geocaches in the woods around the zoo, including some imaginative hides and decent-sized ammo boxes. Very satisfying.