First, a quick update on the homebrew! As planned, I bottled up the lovely stuff at the weekend, with some help from the team. 17 and a half pints, and it’ll be a few weeks conditioning before we can see how well we’ve done. 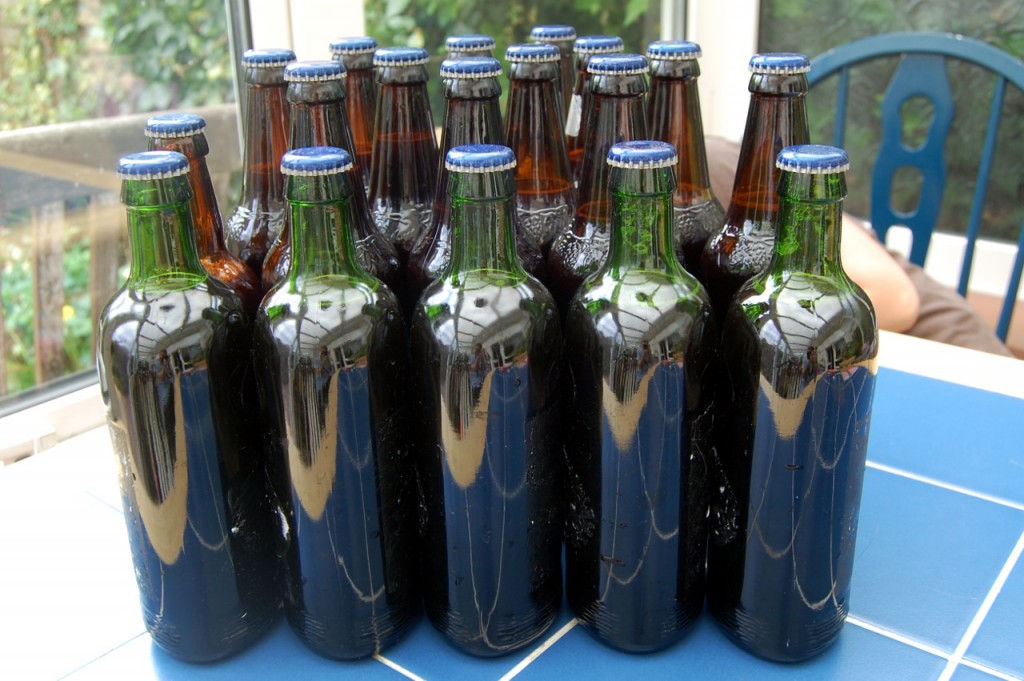 In other news, a new cat joined the neighbourhood a few weeks ago, and things are starting to get a bit weird. Things were okay at first, there were the expected altercations with Maisy, nothing out of the ordinary.

The first strange event occurred one day when Karen was working from home. She’d left the back door open, for ventilation purposes, and was in the office upstairs. The mug was empty, so she decided to go downstairs to brew some more tea, passing our cats on the landing. Hang on. Something about the number of cats on the landing seemed a bit off.

Maisy and Fat Cat were just sat there, chill as you like. This is unexpected feline behaviour. Shouldn’t Maisy be defending her territory against this interloper? Two possible theories come to mind – either Fat Cat has successfully established dominance over Maisy, and now claims our house as its own rightful property, or they’re officially friends now. I can imagine Maisy saying something like “hey, do you want to come over to hang out later, try not to let my parents see you though, they’re sooooo embarrassing.”

Since then, things are escalating, if you can believe such a thing is possible. Yesterday evening I had another one of those “let me just count up the cats again” moments, when I walked past Maisy into Bernard’s bedroom and discovered a cat on Bernard’s bed, who had been sleeping there for goodness knows how many hours. I chased it all the way out of the house, when in hindsight I should have tipped a cup of water on it. A few hours later, when Karen came back from teaching, Fat Cat darted in through the front door, and had to be redirected straight out the back.

On the upside, Fat Cat doesn’t seem to have figured out Maisy’s arcane cat flap technique, so that mode of ingress is not available to it. However, we’re going to have to be vigiliant for the near future, to try and halt this infestation of cat. Doors are not to be left open unattended. Cups of water are to be positioned at strategic defensive locations. And we must all learn to speak cat, so that we can ask Maisy “srsly, Maisy, wtf?”