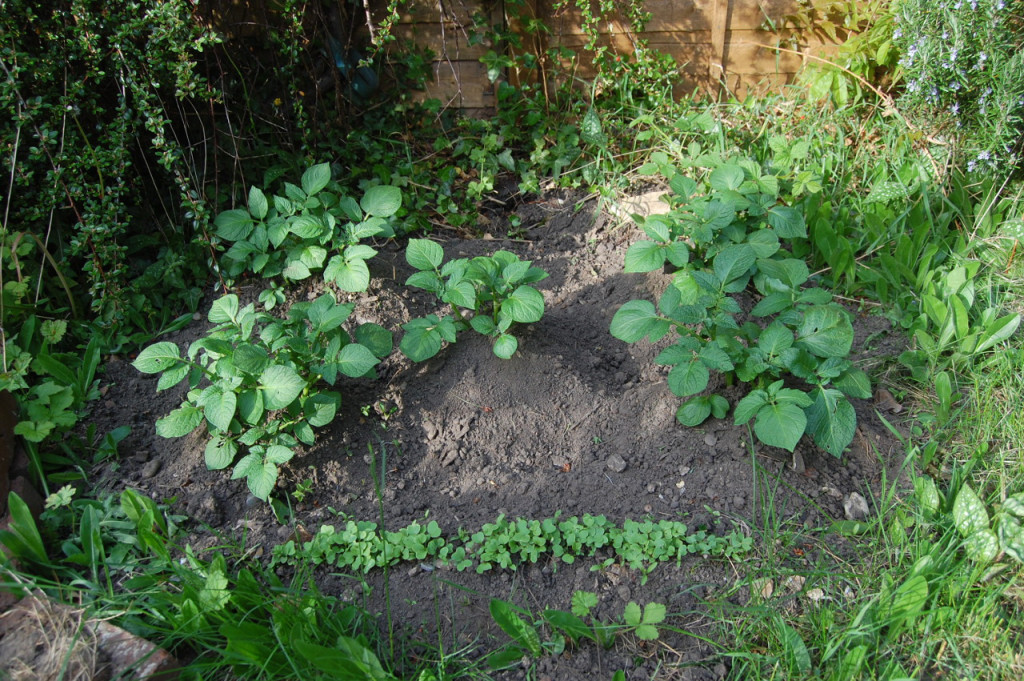 Things are going well in the garden, and Karen’s been out there with her ho, tidying up where required. Going to have some fine spuds at the end of all this.

The beers are in the garage, undergoing the final stage of conditioning. It’s going to be another week and a half before they are ready to drink.

And I imagine you’re also eager to know what’s going on with the strange cat. Well, we seem to be holding it at bay. I asked my neighbour if it had been trying to encroach upon their house too, and he said no, which might be because he doesn’t tend to leave his back door open and forget about it, or it might be because there’s something specific in our house that this fat cat is attracted to – for example, the old Maisle herself. It’s all still a mystery, for now.

2 thoughts on “Spudwatch – Early May Update”