Well here we are, the big “three one”. What an event. In bingo land, this would be “get up and run”. In Rome, XXXI. 31 is the number of regular polygons with an odd number of sides that are known to be constructible with compass and straightedge. It’s the third Mersenne prime, and it’s the atomic number of Gallium. So I think we can all agree, that this is a most auspicious occasion.

While I have been back from holiday for two weeks, it’s taken me a while to get round to writing these up, so you’ll see from the photos that there are a few more holiday beers to get round to. 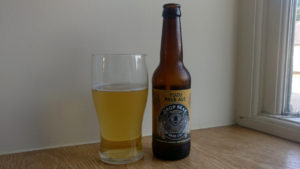 This pours a very pale golden colour with a very faint wisp of a head. It smells a bit like icing sugar. The flavour is hoppy, true, but also very complex. It’s quite the barrage of unfamiliar flavours, but they’re all in a pleasing balance. Something about it’s sourness reminds me of a cheap lemonade – you know, the sort that is probably not made with real lemons – and that flavour comes through more and more, the more I drink of the beer. 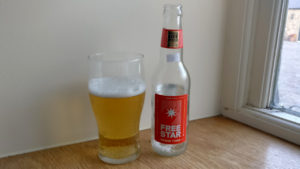 This was an impulse purchase from a farm shop near Matlock. It’s fairly pale and clear with an odd and unnaturally creamy head. The smell seems young and underdeveloped, with some wortiness and also an odd and indescribable fruitiness that feels strangely exotic. On the whole, I found myself terrified of taking a first sip of this, and my hesitation proved well founded. This stuff is vile. There’s a strange incongruous fruity flavour, like the green one out of a pack of chewy sweets, or the “banana” flavoured thing that has never seen a banana but contains something called isoamyl acetate or its ilk. No-one in their right mind would drink this unless they felt like they had done something bad and needed to be punished for it. 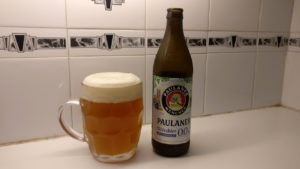 I reviewed another Paulaner once upon a time, and was not terribly enamoured of it, and indeed struggled to finish it. I approached this beer with some caution, as a result. As you can see, it’s deep orange and cloudy, with a syrupy texture and a head that is thick and yoghurty. The smell has that heavy biscuitiness common to beers of this type. The flavour of this one ain’t bad, I found it a lot less dense than the hefe, and managed to finish this perfectly palatable beer, no problem. 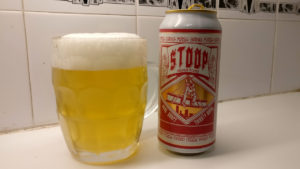 This is an American pilsner with a clear medium golden colour and a very healthy head. The smell gives off a slight sourness, married with a pleasing fruitiness. The flavour gives a nice initial hit of refreshment, but it was then followed by an aftertaste that I found a bit harsh and bitter, so sadly I have to say that this particular beer is not one that appeals to me. 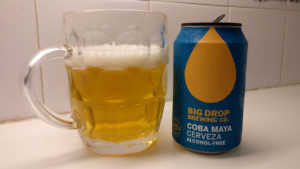 I’ve started to actually look forward to trying Big Drop beers for the first time, because they’re generally either amazing or disgusting, and so it kinda feels like a low-stakes sort of gambling. This one has a robust head and a deep golden colour. The smell is lightly malted and very appley. The flavour of it is absolutely superb, though the aftertaste does feel a little confused and perhaps not very well integrated with the rest of the experience. On the whole though, smashing little drinky.