I’m doing my best to keep up with the beer reviews, but the next month’s AFBeerClub box is imminent, and I will soon have another swathe of new beers to review, to add to the small pile that’s already in the garage. But this is my problem, not yours. 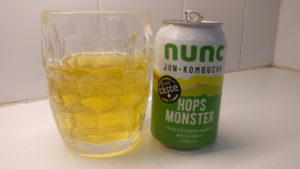 This beer is quite pale, and as you can see from the photo, very thin and fizzy. It’s a kombucha beer, like the Nirvana Ananda, and so it has a very weird sour smell, with a medicinal quality. I passed the glass to Karen for her thoughts. On the smell: “straw and honey”. On the taste: “I quite like that.”

I feel that this beer has a certain pleasing mellowness to it, but also some weird sour corners, and the taste of antiseptic is offputting. This one’s tricky to rate, I’m going to score it thusly, but only just. 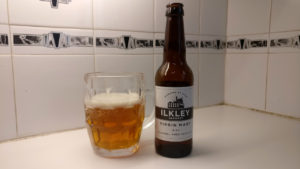 The name of this beer has got me thinking about some of the language that we often use when describing alcohol-free alternatives to conventionally alcoholic drinks. I haven’t quite built up my precise thoughts on that yet, but I can’t help feeling like someone somewhere’s trying to insult me. Good luck with that, pal, by now I’m an expert in the art of taking insults.

This beer’s got a nice deep colour and a very promising creamy head. The smell is also very smooth and refreshing. With hopes high, I took a sip, but the flavour didn’t quite deliver. It’s not bad, but there’s a harsh note in there that’s interfering with allowing the natural flavours to fully develop. 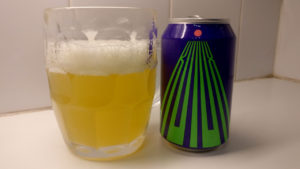 Omnipollo are the brewery behind the utterly revolting Nyponsoppa so I cracked this can with some trepidation. This beer is pale and cloudy with a lovely creamy head, and a strong sour smell, though quite well balanced with an easy freshness. The flavour is very pineappley but to me it also tasted like sour vomit, which, in case this is not implicit, is not a desirable flavour to me. Karen liked it, surprisingly, and thought that it was not sour or bitter at all. So while she didn’t exactly say “mmm, yummy vomit”, I can understand that, because I suppose that that’s a very difficult phrase to say. 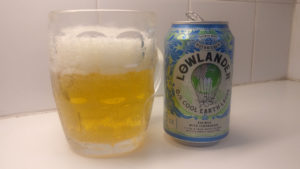 What does it look like? A medium golden colour with a thick pillowy head. What does it smell like? Sweet and floral and highly fragrant. How does it taste? An exotic flavour with a serious and hearty maltiness with a hint of citrus. Karen took a turn at this one: “hmmm, if I gave it time, I think I could get used to that.” Bernard also swept in, as he increasingly does with my alcohol-free beers these days: “I like it.” Yep, I’m happy for this one to join the pantheon of alcohol-free lagers that I come back to again and again.