In the previous instalment, I drank all the less-promising stuff from this month’s AFBeerClub box. Which therefore means that this instalment should have all the good stuff! 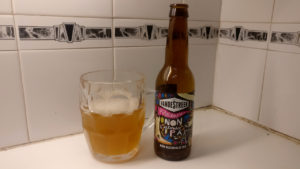 This beer is cloudy and a medium orange colour. It’s fairly thin and watery with a quite small head. The smell is a grand invigorating hit – a clear and bold hoppiness. The flavour also carries through, sharp and strongly hopped, with a little bit of fruity mangoness. 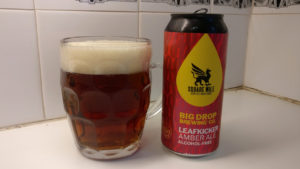 I had to save this one for a lunchtime sesh, because it’s got caffeine in it. The colour is a very dark amber, and it’s got a decent thick head that lingers nicely. The smell is rich and malty, and the coffee is noticeable, which means that if you close your eyes you feel like you are inhaling a coffee stout. I passed it to Karen for a sip before I tried it, and she made The Face, which is always a sign that I’m in for something good.

The coffee is definitely present in the taste, as well as a tiny trace of that unfermented worty flavour, though in these tiny proportions it’s palatable. I found it to be a little effervescent on the tongue, it didn’t really slip down very easily. That said, I could have seen myself buying it again in future, were it not for the presence of the caffeine. If I’m going to be drinking a beer with caffeine in it, then you know it’s gonna be Space Cake. 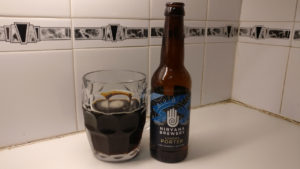 My experiences with Nirvana have generally been good, and I’m not averse to their stout. This one pours very similar in the glass – quite thin and flat. The coffee smell is good – strong and rich – but I found the flavour to be a bit disappointing. I could taste some appealing notes, but they were very much in the background, and on the whole it was a very fizzy experience, like drinking 1 part Guinness diluted in 3 parts sparkling mineral water.